In yet another incident of man-animal conflict, two persons were attacked by a leopard as the wild cat ambushed them in the Naharbari Tea Estate under Juria Dolong Beat Office of Golaghat District. The incident took place at around 9.30 am in the morning when NM Toppo (27) and Markuch Kaso (25) were on their way to work. This comes barely four days after two persons, namely Bhim Bora and Dilip Hazarika, were injured in a leopard attack. All the injured were undergoing treatment at Kushal Konwar Civil Hospital. While talking to Eastern Chronicle, KK Majumdar Beat Officer of Juria Dolong Beat Office said that they have set up cages in the panic-stricken village to trap the animal. An alert has already been sounded in the entire village and adequate arrangement has been made. He further said that the leopard must have come out of the Nambor Reserve Forest. It is suspected that the leopard has a cub along with it and so it is more ferocious. It is a matter of grave concern that due to extensive illegal encroachment in the Nambor Reserve Forest, the wild animals are many a time compelled to leave their safe habitat and come out in the open. 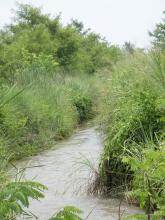 7 Aug 2016 - 7:50pm | Jayanta Kumar Das
Kaziranga Wildlife Society (KWS), an oldest organization of Assam working in the field of conservation of flora and fauna is going to present this years “Life time Conservation Achievement Award” to...

25 Dec 2014 - 5:48pm | AT News
The death toll in NDFB-S serial attack has gone up to 43 in Sonitpur districts alone with the recovery of 6 more bodies on Thursday. Security forces with the help of local residents recovered 6 more... 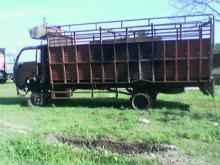 19 Oct 2008 - 12:20am | Dibya J Borthakur
A vehicle which was burnt down by bandh supporters at Dighaliati near Raha on NH 37 in Nagaon district. The bandh was called for 24 hrs by Tiwa Students Union and Karbi Students Union.