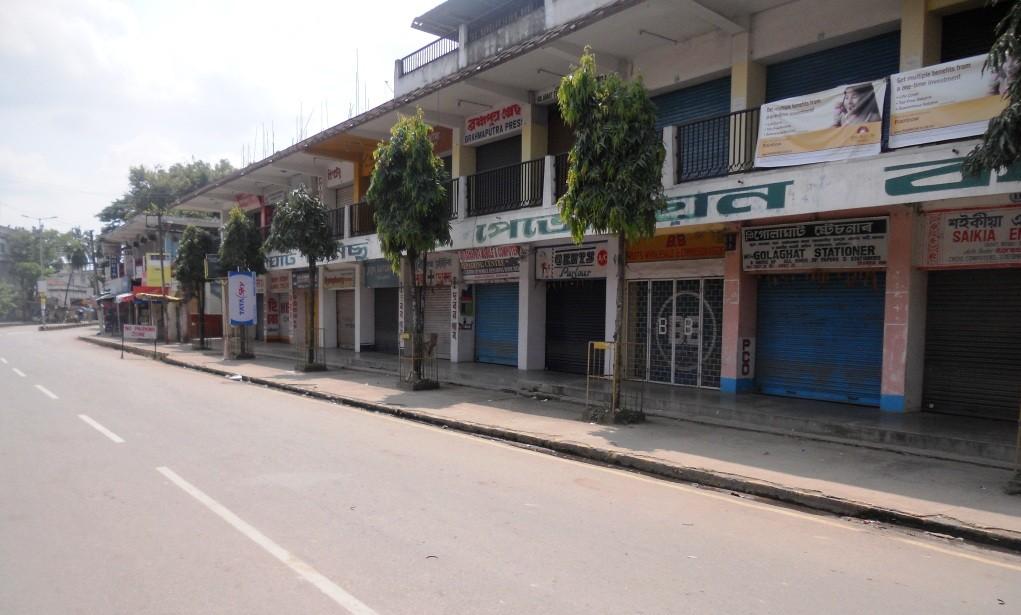 Normal life has been affected today in Golaghat following a 12-hour Assam Bandh called by Krishak Mukti Sangram Samity. The whole of Golaghat Town were a deserted look during the Bandh. There has been no incident of violence reported. The Bandh has been called against the arrest of firebrand RTI activist and leader of Krishak Mukti Sangram Samity Akhil Gogoi. Business establishments, shops, markets, educational institutes and banks remained closed during the Bandh Vehicular traffic remained off the roads. However, security throughout the district has been stepped up to avoid any untoward incident.

12 Jan 2012 - 8:15pm | Anup Arandhara
The 27th mid-term conference of Sivasagar district academic council will be held on 18-19 January, 2012, at Ghilaguri High School, Khaloighugura. On first day the flag will be hoisted by Prabin...

12 Feb 2016 - 9:11am | Shajid Khan
The students of Tangla College boycotted the classes on Friday accusing the Principal Dr. Prasen Daimari of man handling the Assistant General Secretary Pankaj Dkhar on Feb 9. As per information...