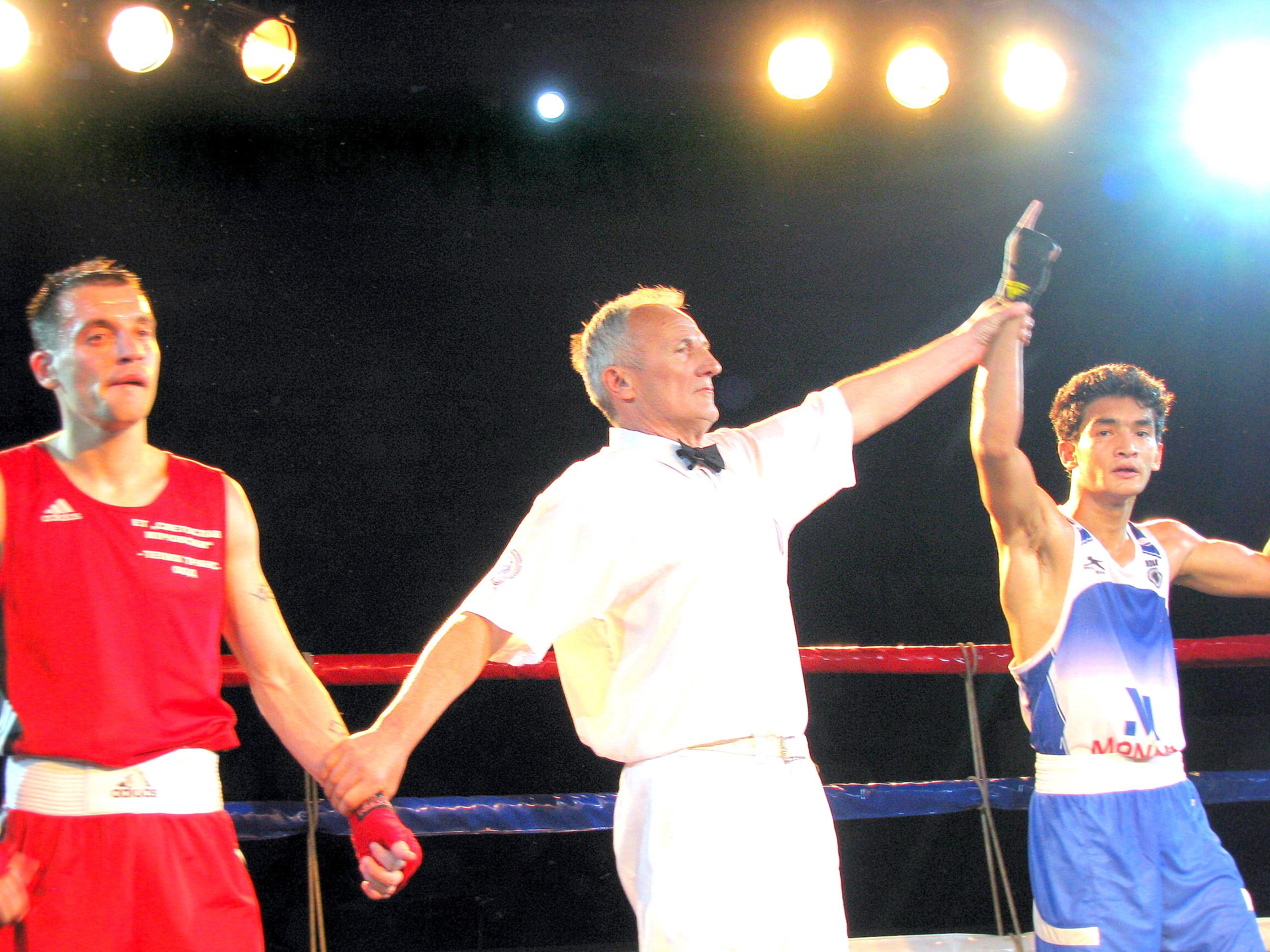 It was another remarkable feather in a small yet a very colourful cap of one of the most promising pugilists of the country, Shiva Thapa when he snatched gold in his first ever senior tournament thousands of miles away from his home. The 17 year old Guwahati boy fighting in the 56 kg bantam weight category defeated Bulgarian Delaklive Detelin to finish on top in the finals of “Belgrade Winner 2011”in Belgrade, Serbia.

“I’m always with him. Though he is playing there, I feel like playing myself. It’s a great moment for Assam and also for Shiva,” Padam Thapa, father of the young boxer said. “This is the first international gold medal for the state in senior men’s event. I’m proud of the boy,” the senior Thapa said. Meanwhile, Assam State Boxing Association (ASBA) also expressed its happiness at the success of Shiva Thapa and wished for a better future.

“It’s really a wonderful feeling to get the news of Thapa. He has the talent and been performing so far and the way he entered in the senior level is commanding,” ASBA general secretary Hemanta Kalita said adding that now they are hopeful of some good news from the boy for the forthcoming mega event 2012 Olympics. “Several important international events are coming up. We are hopeful of the boy. This performance would definitely help him to draw the attention of the national selectors,” he further said.

Besides Thapa, Paramjeet Samota (+91 kg) won the other Gold for the day in India’s maiden appearance at the Winner International boxing tournament in Belgrade, Serbia. Shiva also won the Silver Medals during the Youth Olympic Games, Singapore and AIBA World Youth Boxing Championships, Baku in 2010.