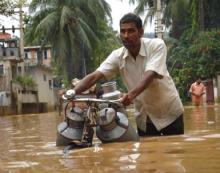 16 May 2008 - 2:02pm | editor
The All Assam students Union has blamed it all on Delhi and Dispur for the uncomfortable situation of the Numligarh Refinery which is running a huge Rs 500 crore loss forcing it to hike the price and...