Army distributes stationary to under privelaged

Army unit deployed in Maibang assisted by Headquarters 22 Sector Assam Rifles donated stationary items and a cheque of Rs.7000 to the under privileged children of Kalyan Ashram, Maibang on Tuesday.  Kalyan Ashram is a nonprofit organisation which looks after the children of tribal people from far-flung villages and provides them education till Class 10.  This branch of Ashram has children from Dimasa, Naga, Chakma and Riang communities, who are sheltered together with an aim of spreading unity among different tribes of Northeast.

Radhika Chandel, wife of DIG, Assam Rifles, during her visit to the Ashram interacted with the children and distributed gift hampers to them.  Speaking on the occasion she praised the staff and urged the children to work hard for a brighter future.  The district in-charge Padumi Hampseti and sectary Phali Bodo of the Ashram were also present in the occasion. 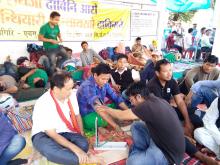 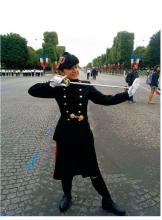 Ever since I first saw the sky

27 Jan 2018 - 9:18am | Priyanka Das
Ever since I first saw the sky, I have been interested in Space. This dream has been the most effective motivating factor in my life so far; sometimes directly, for example when I put in every effort...