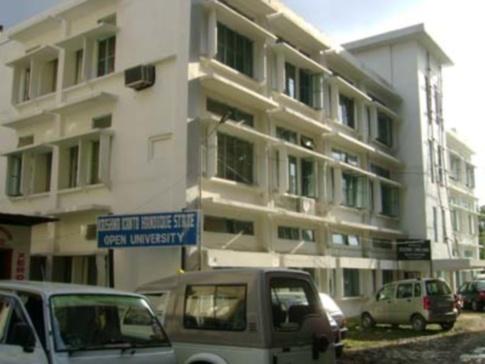 In today’s much competitive world the value of academic education have become a great essence of life. Lucky are those who had a chance to get good education in contrast to those who were deprived of even basic education due to circumstances, and logistic problems. Whatever may be the KKHOSU has given some hope to those souls who wanted to fulfill their desire to educate themselves even after their time had crossed. We all hope that the KKHOSU will go a long way to light many desires.

The Krishna Kanta Handique Oepn State University, (KKHOSU) is the first Open university in Assam and also in the north East came to existence officially from 11 December in the year 2006. At time when the awareness of education is fast spreading among the parents, the KKHSOU is encouraging and giving immense option for those who had could not complete higher education due to various problems. Specially the KKHOSU is giving the advantage to the those Vernacular medium students who had find in difficult to cope with the English and Hindi language to join the IGNOU.Now since the KKHOSU gives the opportunity to appear their exam in both Assamese, Bengali or Bodo language etc. it has got great response for students. Since the starting there have been 34,000 enrolments till mid 2010.

The KKHOSU has around 127 centers across the state and also in Nagaland and in Tripura. In Guwahati, Cotton College is one of the most preferred centers for students. The classes are very regular here and the response of the students is also very good. Says, R C RAJKHOWA, KKHOSU, Co-ordinator.Cotton College Centre.

Besides Academic Education courses like, BBA, BMC,BA,B.Com etc, the KKHOSU also focuses on Vocational Courses, like, Electricity, Floricluture,pisi culture etc. for those who have less academic qualification. Recently the University has also launched a certificate course for Security guard which needs matriculation.

The University very soon will be launching the community Radio. It has its own studio where Audio-Visual materials are being prepared for the student’s distribution. This facility is supposed to be available by 2010.LCD Tv,s will also be provided for the study centers for Audio-Visual study. Says Sreenath Baruah,, Vice Chencellor,KKHOSU.This time we have a student who is 70 plus years of age which is really encouraging adds Baruah.

The Diastant Education Council under the HRD ministry grants a sum of Rs.3.5 crore to the KKHOSU per Annum.The University collects Fees to the tune of Rs.2.5 crore.

The K K Handique State University (KKHSOU) was established in 1995 by the Assam Legislative Assembly by an Act (XXXVII of 2005).

KKHSOU offers both undergraduate and diploma/certificate programmes, as well as a Bachelor's Preparatory Programme (BPP) to groom aspiring learners for graduate study.

Shivashi Boro a student of KKHOSU,says, “ I have a lot of hope, and here I am enjoying my classes and like me other are also liking it and we are benefited. As because many might have wished to study but for reason they had to cut short their study…and with the coming up of studies many hopes are being fulfilled and besides other works can also be done.”

Permalink Submitted by deepak on Sat, 16/07/2011 - 19:10
Is the certificate that kkhsou provide is valid worldwide? If not can we expect in near future?

Permalink Submitted by sanjib sarma on Sat, 24/12/2011 - 22:02
Is the certificate(kkhsou)eligible for govt. service all over India?

After passing degree from

Permalink Submitted by Joydeep Nath on Tue, 21/10/2014 - 18:42
After passing degree from kkshou can I apply for MBA fulltime course under guwahati university.

14 Feb 2018 - 4:23pm | AT News
MARCUS KANYAK   KOHIMA: The Election Commission is fully satisfied with the preparations for the February 27 assembly pills in Nagaland. The commission pined hopes on a free and fair poll...

What is in store for Assam

5 Aug 2015 - 5:32pm | AT News
Various parties and organization across the state threatened to hit the street if the Naga peace deal is allowed to disturb the geographical map.Congress, AGP, KMSS, CPI, CPM wondered why the Centre...

5 Dec 2008 - 1:39am | editor
Rattled by the recent serial blast, the Assam government is considering more teeth in the laws to deal with terror saying that the existing laws are not enough to serve the purpose.Addressing a press...