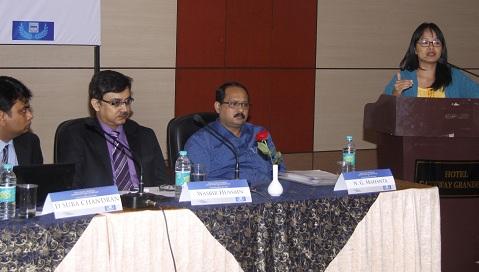 May it be insurgency, rebel groups or their factions, everyone now seems to be getting more into amassing funds rather than anything serious. Bargaining for peace seems away from finding the light at the end of the tunnel.

What eludes people in general is whether all the peace deals come to an fruitful end. If experts are to be believed there is a long way to go and the new groups are more into money-making.

“They are all bunch of goons and thus there is no point talking to these factional groups”, said Wasbir Hussain, at a seminar entitled “Peace Audit North East”, held in Guwahati jointly organized by the Institute of Peace and Conflict Studies (IPCS), New Delhi and the Centre for Development and Peace Studies (CDPS) based in Guwahati. Hussain is the executive director of CDPS.

Editor of the Imphal Free Press Chitra Ahanthem in her speech said that in Manipur the press has to work under a lot of pressure many outfits. However people have slowly started raising voice against militant groups and their activities and in the same the way the press is also fighting back. The recent protest in Dimapur against taxation by NSCN is a great example of people raising voice against armed groups, in the North East, added Ahanthem.

The seminar reviewed the developments related to insurgency and peace in Northeast India besides the pros and cons of the government in dealing with the policies that help address insurgency in the region.

The seminar had participants from various spheres. There were journalists, former army top brass, retired bureaucrats, academicians, civil society members and even students.

11 Jun 2012 - 12:49am | editor
The Opposition Asom Gana Parishad would launch an agitation across the state on June 12 in protest against construction of big dams, price rise and corruption. Addressing a press conference in...

10 Sep 2016 - 3:12pm | AT Kokrajhar Bureau
Forest staff and Dotma police, once again seized Sal logs at Bhutiapara village near Balanga bazaar along the Gongia River which were brought by timber smugglers through river wave under Dotma PS in...

28 Apr 2022 - 5:19pm | AT News
Guwahati: The United Liberation Front of Asom (ULFA-I) has alleged a nefarious conspiracy by police and the army to crush their spine, engaging a section of youths who were dispatched to the...