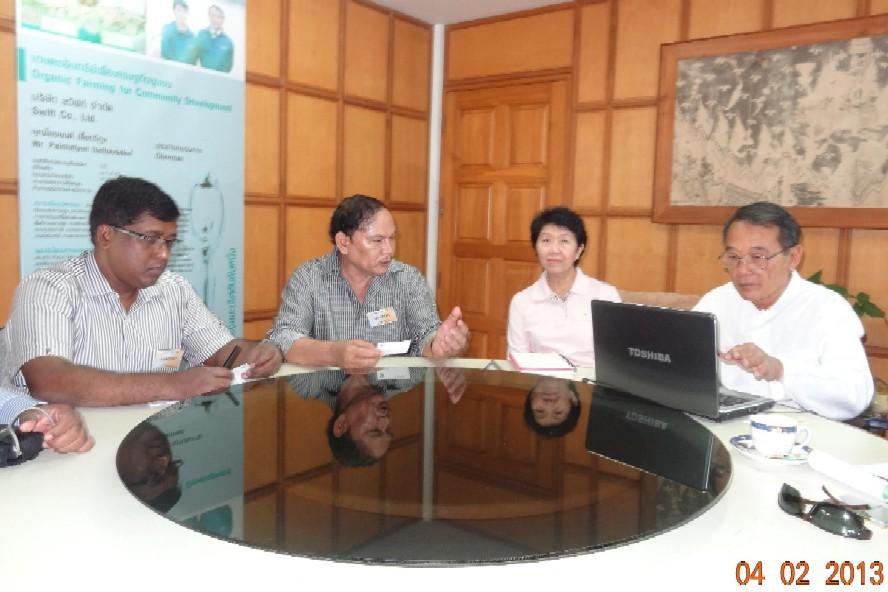 A five member team of officials of state agriculture department of Assam headed by Timothy Das Hanse, Director of Horticulture and Food Processing , Assam had visited Thailand recently (!-6 February, 2013) for initiating a bilateral relationship with Thailand Government for promotion of Agri-Horti Sector of Assam. This programme could be envisaged to bear special significance in view of opening of East-West Corridor that will link this part of the country with south-east Asia to fetch new scope and opportunities for expansion of agri-horti market and cold chain development near future. During the visit, the team attended the Flower Festival at Chiangmai and met the Director of Horticulture and Agriculture of Chiangmai province Surapon Thongthieng and exchanged views for collaboration in the fields of agri-horti research and development including mutual sharing of expertise for furtherance of floriculture in Assam. The team also took part in the Floral Parade held in Chiangmai. The team further met Santi Wisutsiri, Director of Commercial Affaires , Thailand and had a cordial discussion regarding the issues related to market access and research for meaningful mobilization and value addition of surplus agri-horti produce generated by Thailand and Assam.

12 Jan 2012 - 7:30pm | editor
The Assam Association, Mumbai have the pleasure to announce that An Evening of Get Together on the occasion of "Magh Bihu" will be held on 21 January 2012 from 7pm. You are all cordially invited...

28 Jan 2015 - 11:49am | Dr Buljit Buragohain
A 45 day long workshop on Aharya of Ankiya Bhaona was held in Assam under the auspices of the Society for SrimantaSankaradeva, an international organization engaged in promoting the legacy of...