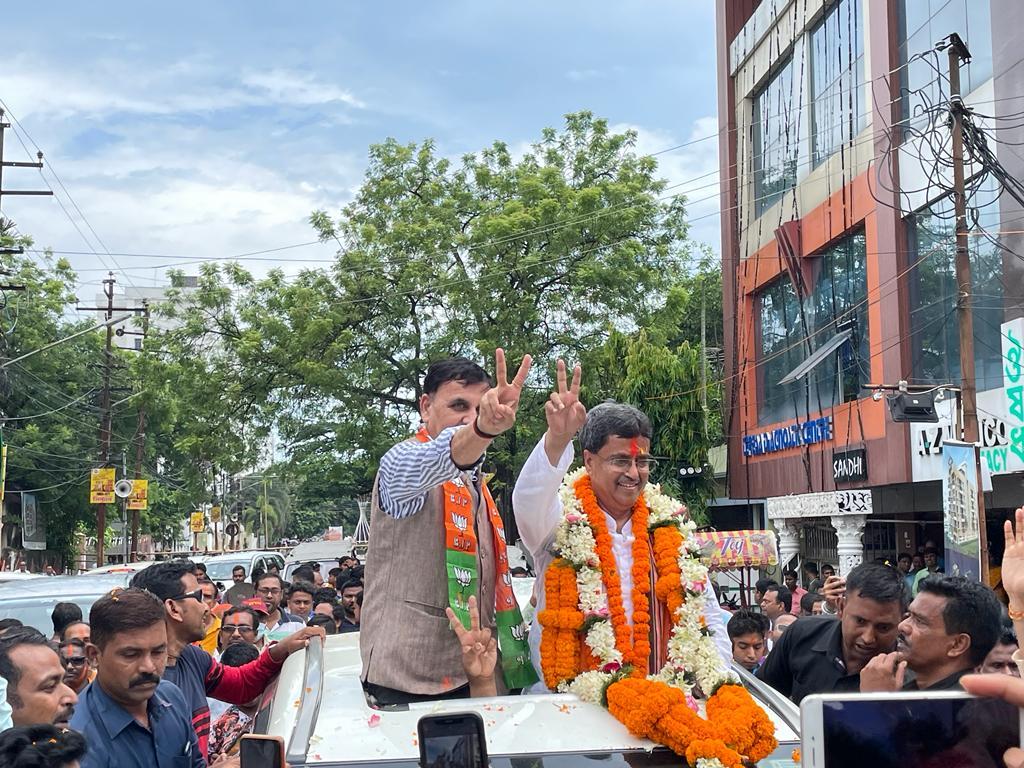 Saha won the election in the town's Bardowali assembly seat by 6,104 votes against his nearest rival Asish Kumar Saha of Congress.

Sudip Roy Barman, who resigned as a BJP MLA and joined Congress in February, won by 3,163 votes against BJP candidate Ashok Sinha.

Jubarajnagar, BJP's Malina Debnath won by 4,572 votes against Salendra Chandra Nath of the CPI(M).  The BJP also won Surma with its candidate Swapna Das ahead by 5,589 votes against independent candidate Baburam Satnami.

Firing in Itanagar before PMÃ¢â‚¬â„¢s visit

31 Jan 2008 - 4:28am | editor
Despite a mammoth security arrangement before the Prime Minister’s visit to Itanagar, a shoot out incident has rattled the state capital on Thursday morning. The firing incident that took place...

27 Jul 2016 - 3:33pm | AT News
The current flood wave in Kaziranga is likely to force the authority to suspend the movement of traffic on the National Highway No 37. According to information, a huge portion of the vital road in...

Tripura municipalities to go for by-election on Dec 22
6th North East Youth Festival begins in Agartala
7th pay commission to implement in Tripura
CPM withdraws candidate in Charilam by poll
I will work for the people: Shankar Roy
Poll candidate dies in Tripura
Modi on electioneering visit to Tripura