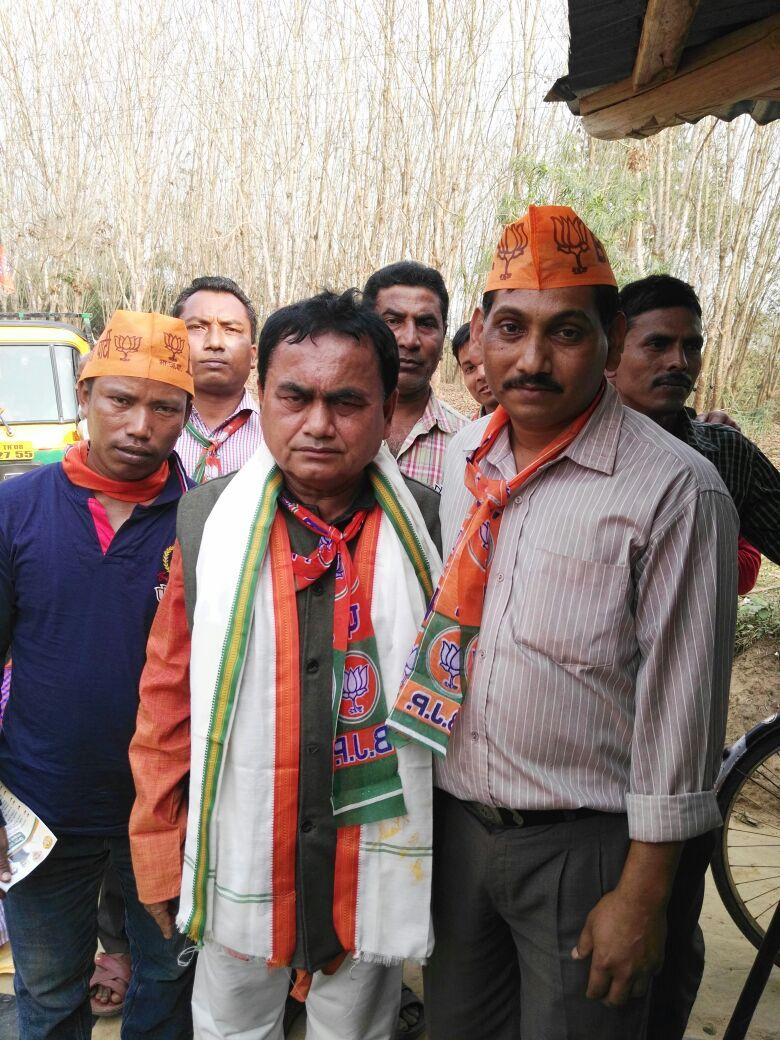 AGARTALA: After a huge gap of 25 years, Sabrum constituency in Tripura has seen a new face of legislator who is all prepared to shoulder many responsibility. He is none other than Sankar Roy, a BJP leader whom the people voted to power in the just concluded assembly polls.

In an exclusive interview with www.assamtimes.org, Roy said the people are fed up with the Left legislators from the constituency for the last 40 years. “Since they have reposed faith on me I must live up to their expectations. This is my commitment,” said Roy.

He said he has no house of his own and keeps staying at a rented house with his wife and a son which a section of the Left activists set afire twice.

“Even after the Left represented the constituency for four decades, Sabrun has been lingering in the back stage on health front, road transportation, education not to speak of the crucial other fields,” said Roy.

Responding to a question on his priority he said,” the constituency is a abode of many communities and I am close to all of these people. But we have many problems to be dealt with. Let me chart out the problems to arrange on the priority basis. We would go step by step.”

Roy who pulled 21059 votes said, “I am ready to take up any responsibility if I am inducted in the new cabinet since I will work for the people and will live up to their expectations.”

15 Mar 2010 - 6:34pm | editor
Assam chief minister Tarun Gogoi is all set to table the state budget for 2010-11 just a shortwhile from now. This will be his last full fledge one in his second term. According to sources, to be...

1 Jun 2014 - 8:48am | AT News
Many youths sustained injury after policemen sprang upon them after they turned violent for cancellation of a pre recruitment training programme in Jorhat town on Sunday. The incident took place at...