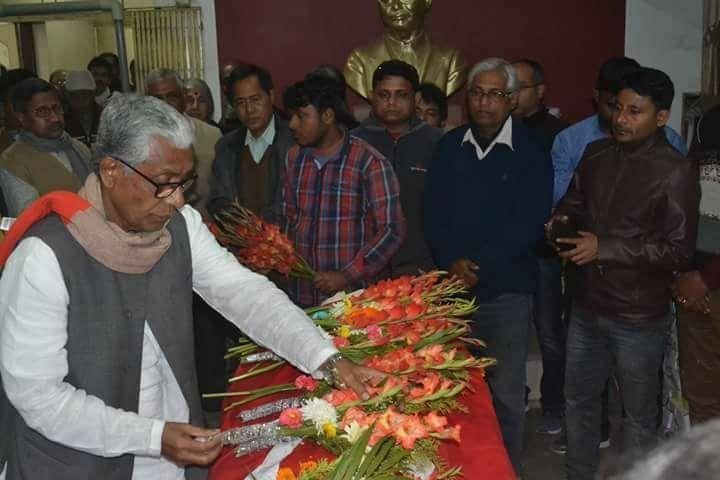 AGARTALA: In a major setback for Left Front in the poll bound north eastern state of Tripura,veteran leader Ramendra Deb Verma, whom the party fielded in Charilam constituency, died a sudden death on Sunday.

All party leaders and poll candidates rushed to his residence and paid their last respect to the veteran leader. Chief minister Manik Sarkar who visited the family members deeply condoled the death of the poll candidate.

The Election Commission has countermanded the poll in the constituency following the sudden death of Deb Verma.