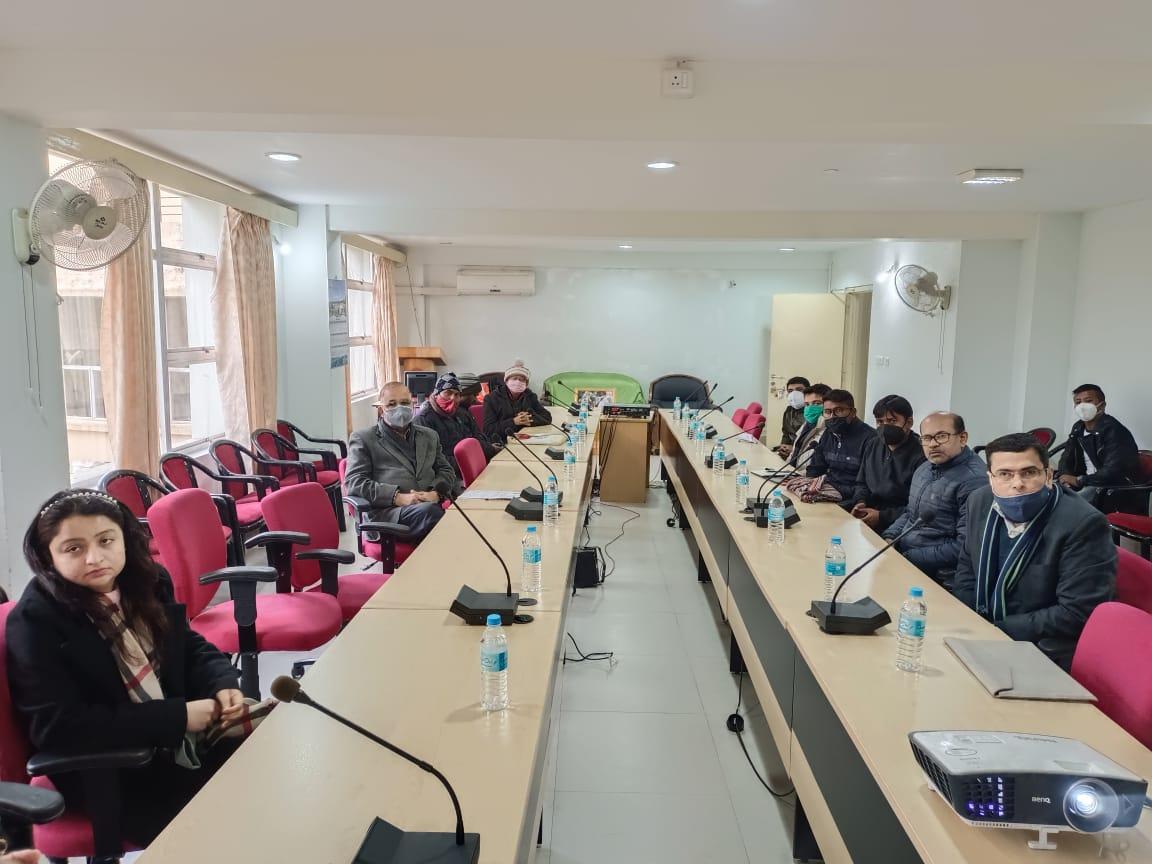 North Eastern Hill University, Shillong and the Eager to Forge Ahead (India) foundation of Orissa, held a seminar on the “Life, Humanity and Education of Sri Aurobindo” on February 25th in the Conference Room at U Tirot Sing Syiem Guest House. It commemorated the 150th anniversary of Aurobindo's birth and was part of a series of events celebrating "Azadi Ka Amrit Mahostav."

The seminar was attended by faculty, staff and students of the University. Ms. Farida from the Sri Aurobindo Institute of Indian Culture, Shillong was also present during the said programme. The talk focussed on the life of Sri Aurobindo and his vision for the nation pre and post-independence. The focus was on motivating the youth and countrymen to follow the path shown by Sri Aurobindo in their daily lives and contribute towards the creation of a strong and prosperous nation and the world.

This welcome speech and introductory message with regards to the objectives of organising the said programme was delivered by Dr. Dinesh Bhatia, Event Coordinator, NEHU, Shillong. He thanked Prof. P.S. Shukla, Vice Chancellor of NEHU and other officials at the University for their support in organising the said event.  Prof. M.P. Pandey, Chairman, Azadi Ka Amrit Mahostav, NEHU welcomed the team from Orissa and other participants. He emphasised the importance of organising such programmes in the University on a regular basis.

The programme was attended by an eminent philosopher from North East, Prof. X.P. Mao, Department of Philosophy, NEHU, Shillong who shared his views on Self-realization and Spirituality to evolve as a human being as per the vision of Sri Aurobindo. The event was appreciated by all present with an interest in organising regular future events on the life, philosophy and education of such renowned personalities world over to enlighten the students, staff and faculty members of the University.

This event was appreciated by all present with interest for organising regular future events on life, philosophy and education of such renowned personalities world over to enlighten the students, staff and faculty members of the University.

30 Aug 2012 - 6:46pm | editor
A major string of blasts has been averted in Dibrugarh district when police seized three powerful grenades on Thursday. The grenades along with an improvised explosive devices were seized during a...