International Day Against Drugs Abuse And Illicit Trafficking was observed by North East Rural Welfare Society in collaboration with District Legal Service Authority and Daboka Police at Daboka on Friday.

The main motto of the meeting was to spread awareness among the people about the harmful effects of Drugs. On this occasion,  AK Illayas Ahmed,ADC and Circle Officer, Daboka,  Ruhina Waris Choudhary, Advocate, Dr. Mamun Ajam Barbhuyan, Principal, Haji Anfar Ali College, Jyoti Kamal Baniya,
Officer In Charge Daboka Police among others  were present on the dais.All the diginitaries in their respective speech asserted that We need to work together and find out concrete step to stop cases of Drugs Abuse.

They led emphasis on massive awareness using different platforms, which be one of the solution to tackle with Drugs Abuse. During the meet, social distancing and hygiene protocol we're followed.

On the otherhand, Hojai Police, Lumding Police and Lanka Police also observed the day at their respective area.

At  Hojai, Officer in Charge  Gautam Kumar led the campaign and apprised the mass by
holding a awareness meet  at the heart of the town at Netaji Point and distributing pamphlet's among the residents describing the ill-effects of Drugs.

At Lanka,  Officer in Charge Biswajyoti Sarma
led the  rally taking a small number of people in town, maintaining social distancing protocol, to apprise the mass about the bad impact of Drugs. Lanka Police also did  postering in the nook and corner of the area.

At Lumding,Officer in Charge Mrinal Kanti Dutta along with Police officials awared the people about Drugs Abuse and it's impact on body, by distributing leaflets. 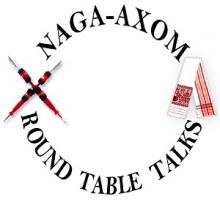 3 Oct 2015 - 4:58pm | AT News
A soon to be organized round table conference in Guwahati is expected to help both Assam and Nagaland resume the age old bonhomie between the two north eastern states. At least 12 civil society...