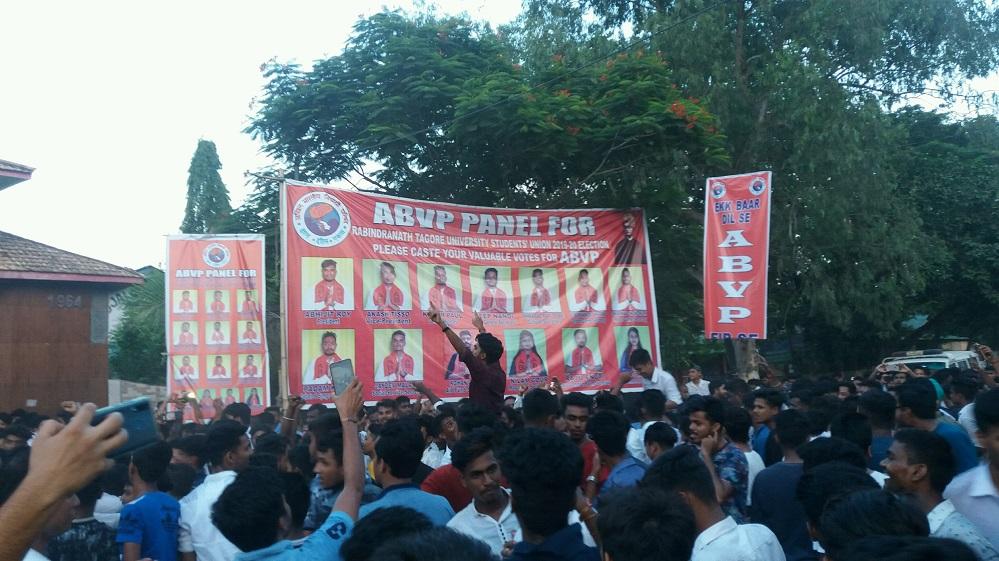 "In upcoming one year we will do such developmental works in the university that again Bharatiya Vidhayarti Sena will get such love and votes for next term.", Debnath said

On the other hand, Hojai College Students Union's Former   President Srisendhu Debnath (ABVP) along with newly elected President Abhijit Roy (ABVP) said," We will work with unison with BVS for the betterment of our University."

"May be our volunteers didn't work nicely  that why we are restricted to two posts.", They said.

Meanwhile, volunteers of both the parties are enjoying their respective victory by smearing colours and busting crackers.

7 Mar 2017 - 4:00pm | AT News
The All Bodo Students Union(ABSU) strongly condemned attacked on AASU office at Shilapothar of Dhemaji district and arrests all the culprits involved with vandalism to AASU office and...