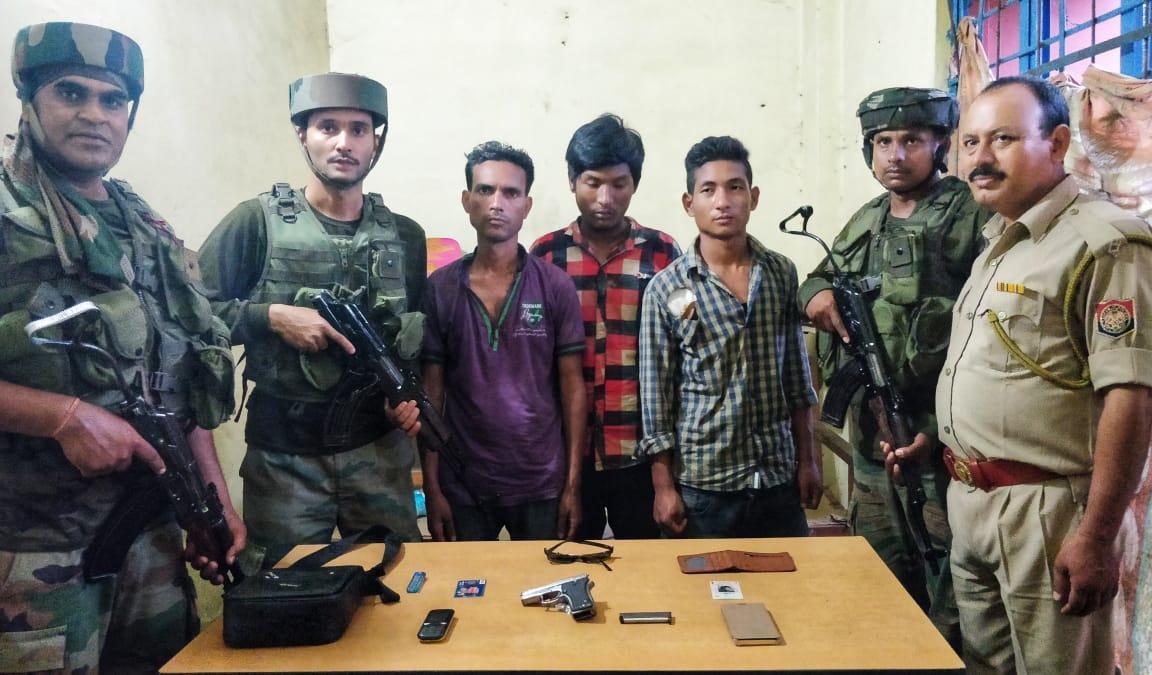 Namrup: Upper Assam has become a safe den for a section of rebel elements who often keep mongering trouble in many areas. Apart from ULFA-I rebels, some NSCN(U) activists have been moving in Charaideo district forcing the security forces to step in.
The security forces arrested two Naga rebels during a combing operation in the district on Sunday we hours. Acting on a tip off, police, army jawans of DAO division and para military forces caught the rebels along with an OGW in Namtula in the wee hours.

Identified as Nyeie Konyak, Yangpang Koyank the duo belong to NSCN (U) while Abidur Rahman is OGW who hails from  Teok .

The trio were understood to have been extorting money from a section of rich people for the last couple of weeks. Police claimed to have seized one .22 pistol , one magazine , two mobile phones and one wallet from them.

10 Oct 2015 - 7:20am | AT News
Civil society organizations both from Assam and Nagaland at a conclave in Guwahati on Friday have agreed to help the two north eastern states restore age old trust and bonhomie. Amid trouble and...