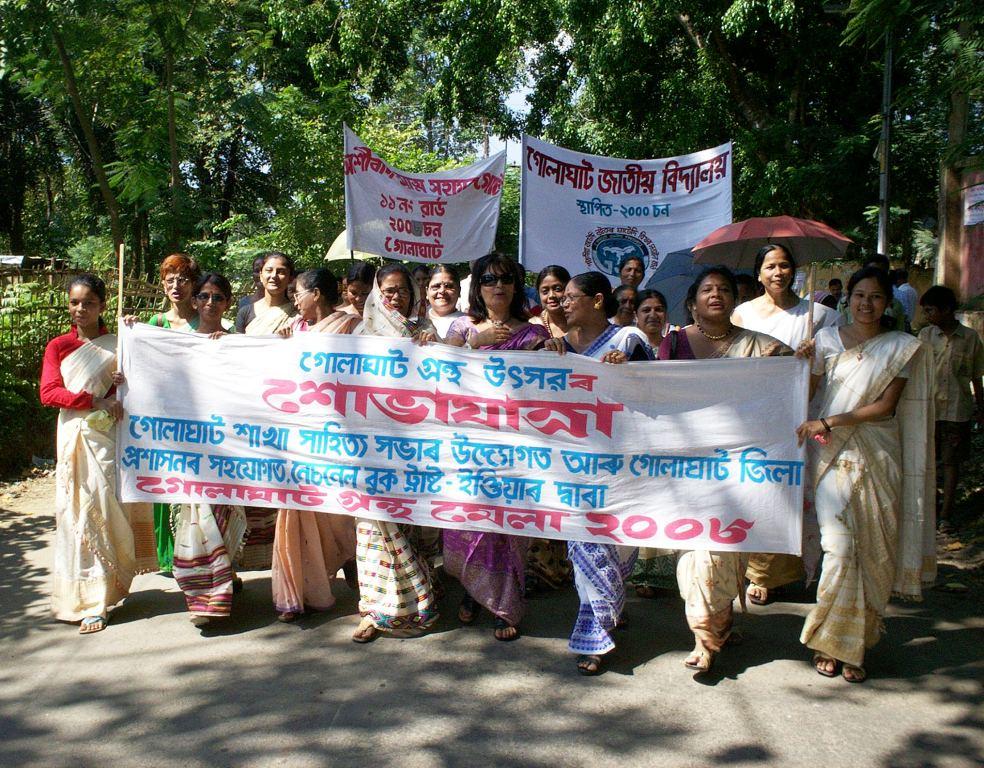 The long wait of book lovers of Golaghat is over as Golaghat Book Fair has opened its doors today. The Book Fair has been organized by the joint efforts of National Book Trust in association with Golaghat Sakha Sahitya Sabha and Golaghat Dist. Administration .It is worth mentioning here that it is first of its kind initiative of National Book Trust to organize a book fair in the entire north east region. The book fair was inaugurated by noted litterateur and former president of Assam Sahitya Sabha Dr. Nagen Saikia. A procession was also taken out on the occasion by the school children of Golaghat town. Nearly five hundred students participated in the procession. Many top notch book publishing groups of the state and also form Delhi, Kolkota participated in the book fair. More than one hundred book stalls in the book fair is expected to draw the attention of the book lovers. The Book Fair will remain opened till 25th day of October.

14 Oct 2008 - 9:38pm | Dibya J Borthakur
The people of Monipurtoop village has alleged irregularities in the issuing of job cards under NREGA scheme to the villagers in Monipurtoop under Kopilee block in Morigaon district. During...

6 Jun 2015 - 12:48pm | AT News
Fear psychosis grips the people of Chandel district three days after 18 army jawans died at a gory attack by the militants.Accompanied by a group of loal leaders MLA visited spot and assessed the...