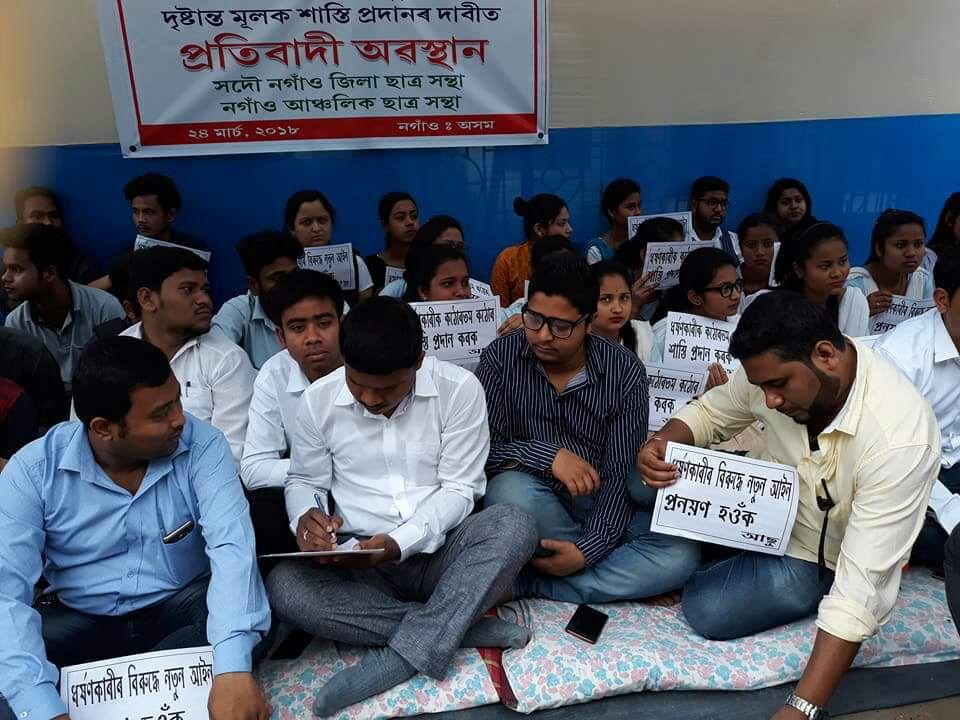 NAGAON:Shock and anger grip Assam a day after three miscreants gangraped a minor girl to be burnt alive later in Nagaon district forcing the people in many places to hit the streets demanding capital punishment of the perpetrators.

The Nagaon police who have caught two miscreants namely Rahul and Imdadul hours after the incident are producing them before the CJM court on Saturday seeking the duo in their custody.

Zakir Hussain, the main culprit has been absconding and operations are going on to nab him. According to sources, he would be caught at any moment from now in this connection.

Various organizations and individuals across the state are set to hit the streets on Saturday demanding capital punishment of the perpetrators.

The gruesome incident took place in Bordua where the miscreants in Dhaniabheti gaon gangraped the minor girl inside her home in the absence of her parents and later set her on fire by pouring kerosene and fled.

Later local residents came to her rescue and rushed her to the Guwahati Medical College Hospital where she was declared brought dead.
The police have caught two of the miscreants.

13 Jan 2021 - 12:50pm | Raktim Baruah
Bajali in the lower Assam has become the 34th district of the state, after governor Jagdish Mukhi issued a notification in the regard. In the notification governor has stated the newly formed...

19 Jul 2015 - 10:18pm | Ranjan K Baruah
Youth for Humanity, a Guwahati based Non Governmental Organisation  organised a free health check up camp on 19th July at Kalyan Bhawan in Ganeshguri . This health camp was organised in...