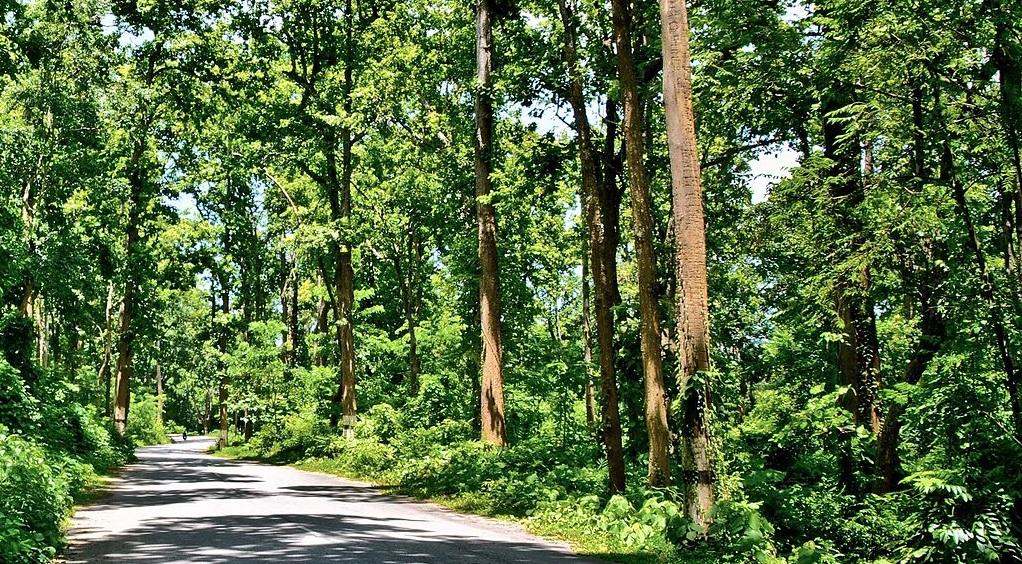 My wilderness treks have taken me into some of the most memorable forests in India and abroad. Whether it was the sacred grooves of Mawphlang or the Rhododendron forests of North Sikkim, wild treks through community forests in Nagaland or elephant rides through the rhino, elephant and tiger parks in Assam. I was fascinated by the wilderness of Pench wildlife sanctuary in the border of Maharashtra and Madhya Pradesh, Bharatpur and Sariska in Rajasthan and Bandipur in Karnataka. I was lucky to explore the teak forests in Narmada valley in Madhya Pradesh, hornbill habitats in Sejusa in Arunachal Pradesh, thick forests in Ranikhet, Nainital, Dehradun and Mussouri during the 90s and early 2000s. Somehow I could also enjoy the long road trips through the hills of Manipur, Nagaland, Hill districts of Assam, Mizoram, Meghalaya and Sikkim in North East India where forests dominate the landscape profusely. Most recently I found myself trekking in the forests of Northern Thailand amongst the Karen community through a summer school programme. Forests have always taught me to be at peace with nature. My understanding of forests has happened through the people and specific forest dependent communities in India and abroad whose lives depend only on the survival of these forests. I cannot imagine that forests and people are two separate entities. They are integral to each other. Forests provide food, fodder, fuel, water, faith and a future of hope for human beings. In Northern Thailand, the Karen community celebrates their life within the forest. They tie the umbilical cord of every child born to their community with the trees in their community forest with deep faith and reverence towards nature. It is a belief that the tree with look after the well-being of the child and when the child grows up then the child will safeguard the tree. It is like a human-nature exchange which becomes extremely relevant towards the survival of forests. I remember counting every tree along the national highway in Assam when the four lane roads were made. Sometimes I wonder if afforestation programmes can replace all valuable flowers, fruits, wide canopy and long roots trees which are micro habitats for various plants, animals and insect species. One tree lost means a whole range of habitat loss for multiple species for at least another thirty to forty years.


Human animal conflicts in Assam are very common these days with elephants, leopards, tigers and rhinos all around the human habitats in some of the rural pockets of the state. When animal habitats are destroyed in the name of development, oil exploration, river interlinking and mega dams, where will the animals live and sustain themselves. They need a share of the land without barriers in the open as humans too. When natural habitats can generate resources, employment for locals and maintain the wildlife diversity in various South East Asian and African countries why can’t such practices also sustain communities in India. We need more forests outside reserved areas and more people as care givers of the wildlife. Probably this world forest day we can resolve to sustain at least some forest patches in our lifetime.


International Forest Day is celebrated every year on March 21 which marks the awareness of communities and every person whose existence depends on the survival of forests. It is indeed a Chipko movement in Uttarakhand in the 80s when women found their reason for survival through the trees and they were ready to sacrifice themselves for the trees. We cannot overshadow the significance of the forest struggles which people have fought in the name of identity, sustainable development, reclaiming resource rights and social equity for the most marginalised groups in forest dwelling areas of the country. Every forest is endangered today in India as people are looking outward and looking towards the flawed context of concrete development. We cannot cage a forest it has to be natural. Humans have to adapt to the ways of nature not the other way round which is forcefully applied to the cities. Problem is human being wants both manicured forests and dust free concrete jungles which cannot sustain without power, exploitation, destruction and artificial resources. We have some glaring examples of forest restoration in the world which balances the world temperatures. Without the Wangari Mathais, Gaura Devis, Jadav Payengs, Mama Mabiras, Baba Amtes, Pandurang Hegdes, Rajendra Singhs, Medha Patkars, Niyamgiri Crusaders, Bano Haralus, Soumyadeep Duttas, Bantei Luts, Nilgiri hills crusaders and forest rights movements across the world, forests would have been extinct. 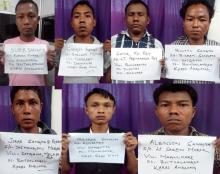 15 Nov 2008 - 2:00pm | Ritupallab Saikia
On the occasion of Children’s Day, Assam Pradesh Congress Committee organized a mass rally in Golaghat against terrorism. The rally was presided over by Debeswar Bora, Chairman Agricultural...