On Wednesday, general secretary of JAC of AMTUC & AMGEO Biken Singh Loitonjam announced the decision during a press meet at the former’s office located at Babupara here.

“We’ve been compelled to launch the fresh stir since the Manipur government has failed to fulfil its March 21 deadline promise,” Biken said while seeking cooperation from the public members in enforcing the stir.

He said the JAC has long demanded implementation of 7th Pay and that the pressure was first put on the previous Congress government. “Now the BJP-led government is not paying heed to our demand.”

All government departments, including the Manipur Secretariat, are likely to paralyse due to the stir.

In October 2017, Chief Minister N Biren Singh had sought three months’ time to make a final and certain decision about the plan for implementation of recommendations of 7th Pay Commission for the state government employees.

The apex body of government employees has time and again submitted a 20-point charter of demands to the state government.

31 Mar 2011 - 4:00am | Syed Miraz Ahmed
In a bid to confirm discontentment, state wide representative body of the indigenous Muslims the All Assam Goria-Moria-Desi Jatiya Parishad again came heavily on the Congress. At a Press Conference... 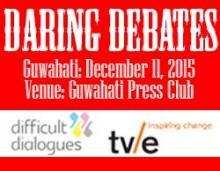 21 Mar 2014 - 9:33am | AT News
In a stepped up operations against miscreants, security forces captured three armed youths in the outskirt of Guwahati on Friday.The three armed youths who are believed to be the NDFB-S linkmen were...