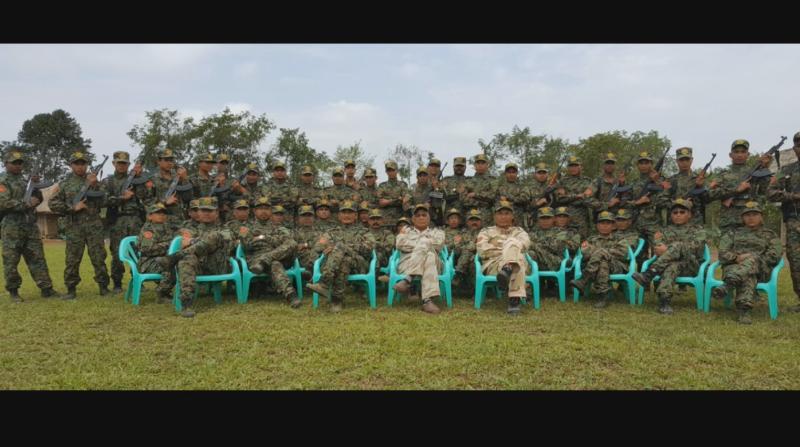 The United National Liberation Front of Western South-East Asian Region (UNLFW) has announced to call for an 11-hour shutdown of the region and boycott Republic Day celebrations on January 26.

While appealing to the people to boycott the event, the front in a statement said it has called for the shutdown from 6 am to 5 pm on Republic Day across the region.

The UNLFW in a statement said that this year’s Republic Day of India falls on the 26th January 2018 and various colonial government agencies are going to be pressurized into celebrating the day with pomp and ceremony in many cities and towns of WESEA region.

“Generally, only a few collaborators join them willingly and wittingly, some people witness them unwittingly, many people come reluctantly and a majority of them are lured to participate through incentives, it said.

The statement said it is purely a tool of historiographical colonialism and colonization of the mind, and that “India’s objective is to remove the true historical memories of our people from their minds and to replace them with fabricated historical narratives endorsing ethnic and racial assimilation with heartland Indian Aryans.”

The front’s statement further said the people of WESEA region have never opted for being subjects of India and they have not enjoyed republican administration in a true sense of the term, adding that Indian republic day celebrations are more prominent and conspicuous in WESEA region than in mainland India.

The statement said, “As a step for decolonization of mind, we, the undersigned representatives of our respective revolutionary organizations, declare to ban India’s republic day celebrations in our WESEA region. To prop up the above declaration, we call for total shutdown of the entire region for 11 hours, that is, from 6 AM to 5 PM of the day, the 26th January 2018. We call upon all peoples of this region to fully support this ban considering the urgent need to resist Indian occupation of our land. This call shall go concurrently with bans declared by other fraternal outfits of our WESEA region.”

3 Nov 2011 - 5:57pm | editor
Socio-cultural organization, People's Friend Foundation will celebrate the Children's Day on 14th of November, 2011 at the Nehru Park, Panbazar, Guwahati with a colourful programme. On that...