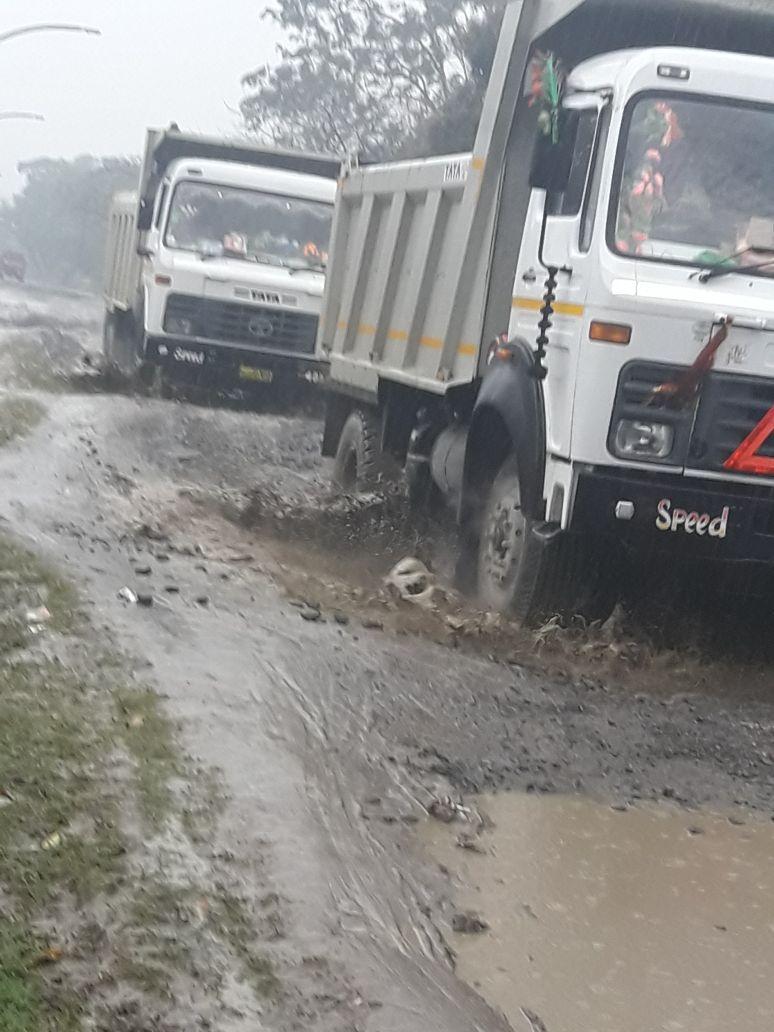 NAMRUP: Bad roads and broken bridges in the nook and corner of Assam has a regular feature these days. Not even a single place is left in the north eastern state without a road in dilapidated condition or a bridge that remains a death trap.

Mention may be made of the vital road in Namrup linking the industrial place with the rest of the state. A glimpse of the road tells many tale of government apathy and huge inconvenience of the people who call the road their lifeline.

Huge potholes, knee deep mud have been making it all the more difficult for the people to keep moving on the road safely. “This is a PWD road. But the heavily manned department has yet to step in. Nobody knows when this portion would be repaired. That’s why, accidents take place at regular interval,” said a local resident.

Another local resident said,” the worse has yet to come. During monsoon this portion will turn into a pit.”    This condition has been going on for the last couple of years. But the authorities are least bothered.  Never do the department think of the fate of the school goers, old and young ones who keep coming and going on the road. That too in a roaring industrial area.

The regular movement of the BVFCL-owned huge trucks loaded with fertilizers to the various parts of the state have further worsen the situation. Similarly, many trucks carrying stones also keep moving on the road round the clock allowing the road to languish in dying agony.

But the plight has yet to reach the legislative member who doled out endless promises as the election approached two and a half years back. Should not he have seen it?

Devout prepare for Eid-ul-Fitr in Tangla

6 Jul 2016 - 10:24pm | Shajid Khan
The Muslim brethren are preparing for culmination of the month-long Ramzan festivities tomorrow . The new moon is expected to be sighted on the evening of July 6 and the devout will celebrate Eid-ul-...

8 Nov 2017 - 9:02pm | Bhaskarjyoti Saikia
The Nagaon police have seized a huge cache of arms and ammunition from a vehicle on Wednesday which believed to have been brought for rhino poaching in Kaziranga. But the persons on...