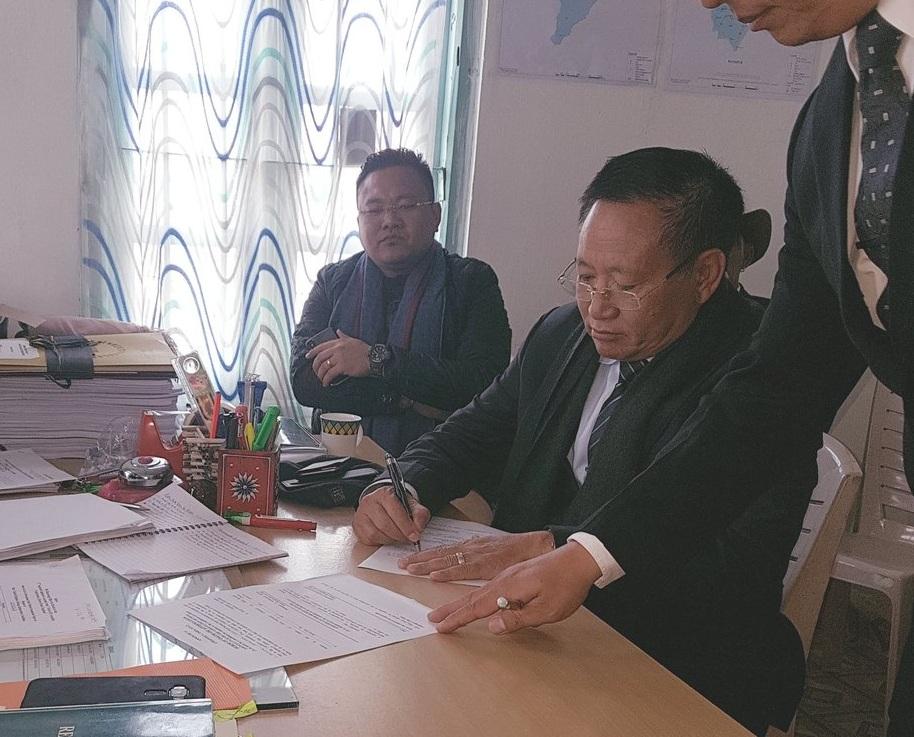 DIMAPUR, Feb 11 (NENA): One KK Kulimbe reportedly invested Rs 5000 with the alleged intention of exhibiting his rare discovery that TR Zeliang, the Chief Ministerial candidate of the Naga Peoples’ Front (NPF), did not belong to a Scheduled Tribe.

It was pleaded the nomination of Zeliang from Peren Assembly Constituency be rejected for the forthcoming polls based on the new discovery. For obvious reasons, the plan however failed and his baseless discovery was ignored with the contempt it deserved sources in NPF said on Friday.

The soil of Peren district recognizes the forefathers of TR Zeliang, his family history and his political career spanning four decades. Zeliang hails from the village of Mbaupungwa, a satellite village of one of the oldest villages in Zeliang area under Peren called Nkialwa village.

A hundred years back, his great grandfather Namso was the GB of Mbaupungwa village which is an undeniable and known fact. The discovery of KK claiming that Zeliang does not belong to a Scheduled Tribe is not only fake but ridiculous and is a monument of his misdirected energy, the outcome of which is self-defeating and condemnable, the sources said.

In a similar way, KK pleaded that the nomination of Zeliang be rejected for the forthcoming polls based on another of his discovery related to Zeliang’s educational qualification.

It has been claimed Zeliang never declared that he passed BA even as the contentions disputing this fact were not examined by the Peren Court which dismissed the complaint on ground that the limitation period expired. Further, Even this time, Zeliang mentioned clearly that he appeared in BA and failed. Zeliang stated the truth in the nomination papers of 2013 as well as 2018 and this puts to rest all controversies around his educational qualification, it has been claimed, the NPF sources further claimed.

75% turn out in NC Hills polls

26 Nov 2007 - 12:12pm | pbaruah
Amid a watertight security arrangement, seventy five percent voters exercised their franchise in the first phase of polls in the North Cachar Hills district on Monday. The polling was by and large...

25 Aug 2012 - 4:40am | editor
Pradeep Kumar Brahma has been admitted to the Kokrajhar Civil Hospital after he complained of discomfort and is undergoing treatment. Notably, MLA Pradeep Brahma, who represents the West Kokrajhar,...

24 Sep 2013 - 6:28pm | Nava Thakuria
The city based Purbanchal  Educational  Welfare Society in collaboration with Guwahati Press Club has organized a free physiotherapy and health camp for the scribes in the press club...