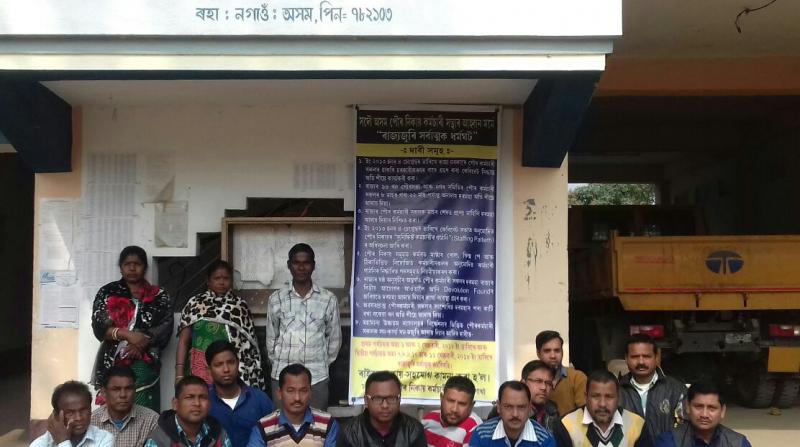 RAHA: An ongoing statewide strike by the All Assam Municipality Employees' Association leaves the urban areas no less filthy on Friday on second day. Raha, a tiny town in Nagaon district bears the brunt of the strike which is set to end only on February 11. The worst affected area in the central Assam township is the ward No 7.

The association is demanding implementation of the cabinet decision way back on September 4, 2013 to bring the municipality employees under the government. Besides, they are emphasizing receipt of approved category staffing pattern decision which was taken on the same day.

Talking to www.assamtimes.org, Raha unit municipality employees' association President Ranjit Nath said, "There are muster roll workers, contractual and fixed pay staff who are serving the office who should immediately be brought under the government and  facilities be given."

The employees also have been fighting for their fellow workers who are serving under Sixth Schedule for years and should be placed under the State Finance Commission, besides releasing their pending salaries.

10 Sep 2015 - 9:04pm | AT News
Blazing gunfire again seems to have buried the hopes of people in Dima Hasao district. Terror shadow falls again on the peace loving people atop the hills district.Dima Hasao police claimed to have... 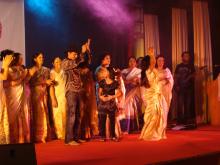