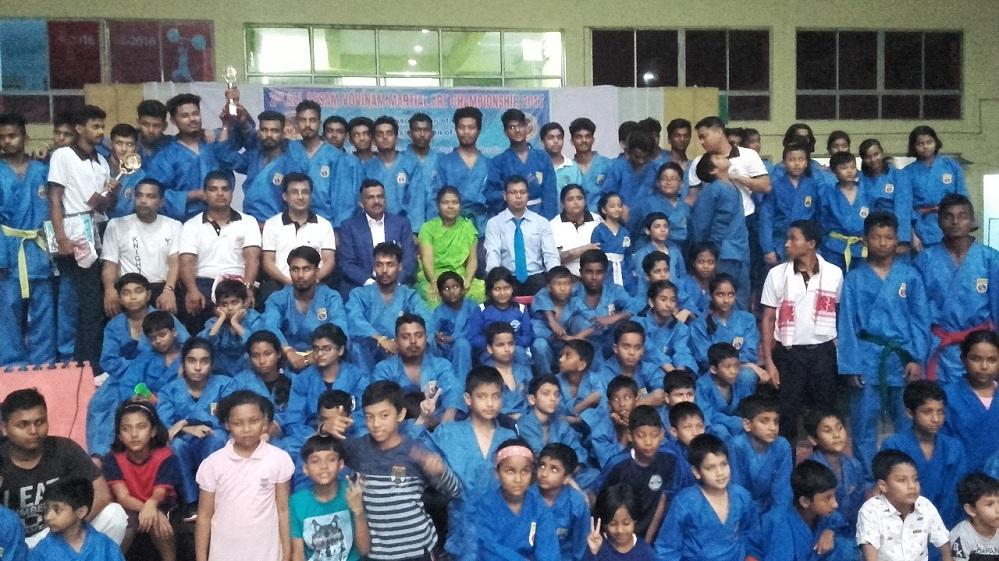 NAGAON: With a view to providing the children with a good dose of self-respect,self-esteem,to increase their self-worth and to popular 'VOVINAM', the Vietnamese Style of Martial art, the Nagaon district Committee of Assam Vovinam Association was formed on Friday.

The panel wad set up at a meeting held  in Amolapatty, with Dr Hirak Das as president and Mintu Goswami as Secretary of the 21 member executive Committee.

PM flags off train to Mendipathar

29 Nov 2014 - 6:34pm | AT News
Prime Minister Narendra Modi flagged off the Guwahati-Mendhipothar train in Meghalaya at a function in Guwahati on Saturday.In his speech the prime minister stressed better rail connectivity in the...

3 May 2014 - 2:39pm | AT News
Senior citizens in Guwahati have alleged a nefarious political conspiracy behind the bloodbath in BTAD where at least 33 people lost their lives during the last 36 hours.After holding a meeting at...