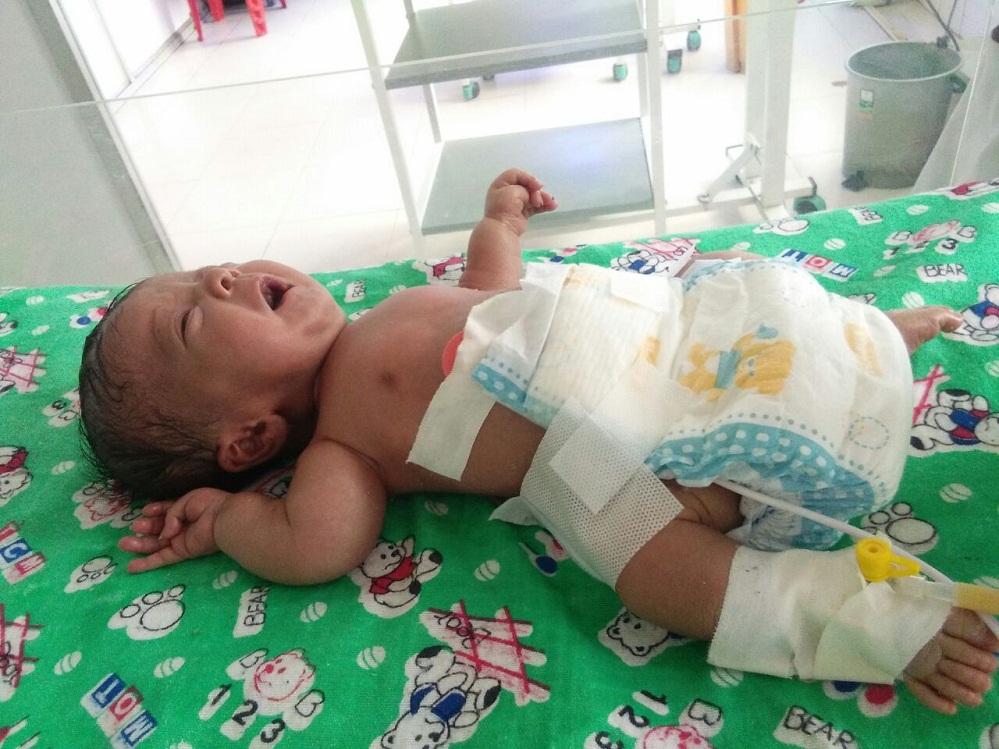 A newborn baby was left  abandoned with a note (letter) in a gateway shed at Nij Demow under Bebejia police outpost in the Nagaon district on Sunday morning. The boy has been admitted to the Nagaon BP civil hospital.


According to Sarat Saikia, I/C Bebejia police outpost, "the newborn, wrapped in clothes, was born two/three days ago, before he was dumped by her parents. On Sunday at around 5.15 a.m, the locals spotted the baby and informed us. As soon as we received information we arrived at the spot, recovered the baby and admitted in Nagaon Civil Hospital. The baby is facing difficulties in breathing and is now being treated in the hospital."


Meanwhile, the locals have recovered a note (letter) near to gateway shed which read , "Wage earner due to financial problem, Have handed it over to people and the government, Please Save the baby by providing treatment; The rich didn't gave one thousand rupees after pleading."

Gaurav leaving for US

4 Oct 2015 - 9:00am | AT New Delhi
Kaliabor MP Gaurav Gogoi is leaving for the USA to cover a series of programmes on behalf of the Federation of Indian Chambers of Commerce and Industry. During his weeklong trip, the MP from Assam...