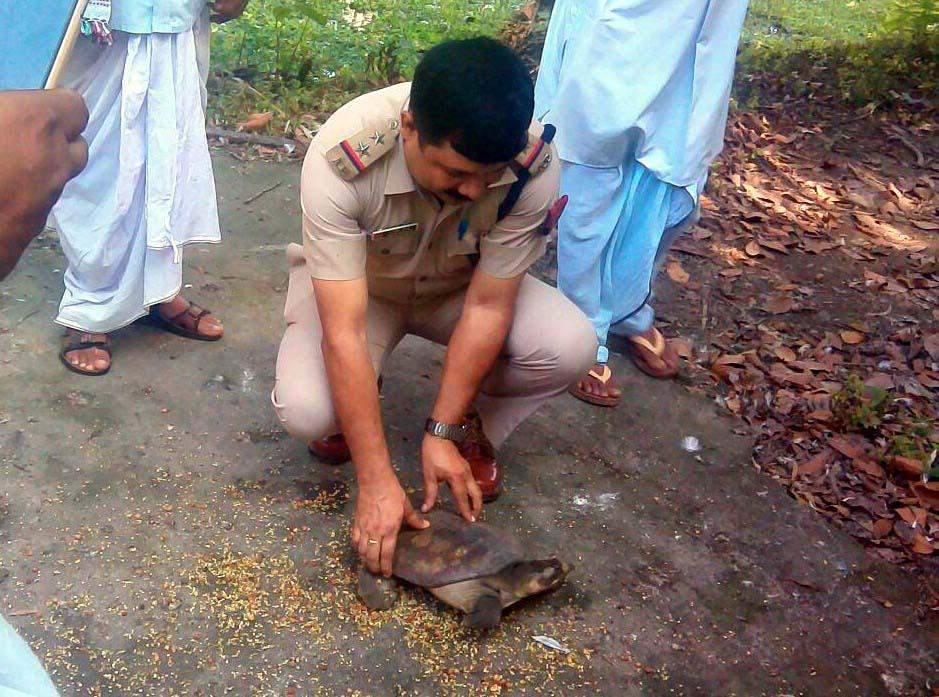 A rare species of tortoise has been saved after being found trying to cross over the Dhing-Nagaon connecting road adjacent to Batadrava police station on Thursday night.The approximate weight of the tortoise is 6 kg.It was collected by a man namly Rajib baruah on the road,luckyly there was no vehicle passing at that time. Rajib Baruah is officer in charge of Batadrava police station. The rescued tortoise later was released in fresh water of Akakhi ganga,the waterbody located inside the Batadrava than.

14 Jul 2014 - 10:43am | AT News
After egg, betel leaf, fish and meat, now it’s the cartel of cashew nuts that makes the fruit more dearer for common people these days. Some sensational revelations have come out during the...