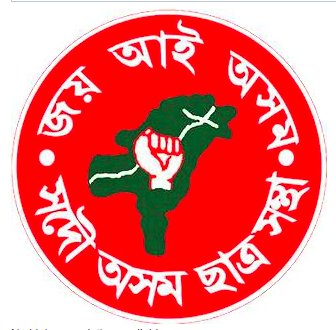 In a sensational move AASU Udalguri district committee has expelled four top officals of AASU Kalaigaon anchalik committee including its president and secretary for anti constitutional activities.In a press release issued by Pranjal Patowari,president and Saiful Haque, secretary of AASU Udalguri district committee,it was declared that Manoj Kumar Deka,Advisor;Gauri Kanta Nath, president;Ranjan Sarma,secretary and Nilotpal Hazarika,Asstt secretary of AASU Kalaigaon anchalik committee have been expelled from the primary membership of AASU and the executive committee has also been dissolved with immediate effect.The press release further stated that tough actions had to be taken against the officials for their anti AASU activities thereby damaging image of AASU. According to information from reliable sources,it is known that said AASU leaders demanded strict action against BDO of Kalaigaon block and president of Kalaigaon VCDC for substandard construction work of CC tapping of a road at Kalaigaon town in which an amount of nearly fifty lakhs of rupees had allegedly been misappropriated by officials and contractors.The ABVP Kalaigaon unit too submitted allegation to the Assam CM for proper investigation and action in the matter.But it was alleged that AASU leaders seemed loosing interest in the matter and according to local news sources huge amounts of cash had been exchanged between officials and members of some organizations.

18 Dec 2017 - 8:59am | AT News
MARGHERITA: A massive search operation by the security forces have been failing to rescue Arunav Phukan three days after the suspected ULFA-I rebels kidnapped the son of a leading businessman... 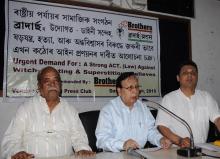 2 Apr 2015 - 11:09am | AT News
Dispur seems to have received one after another blow from the court these days. It received another blow on Wednesday when the Gauhati High Court asked home secretary to personally appear before on...