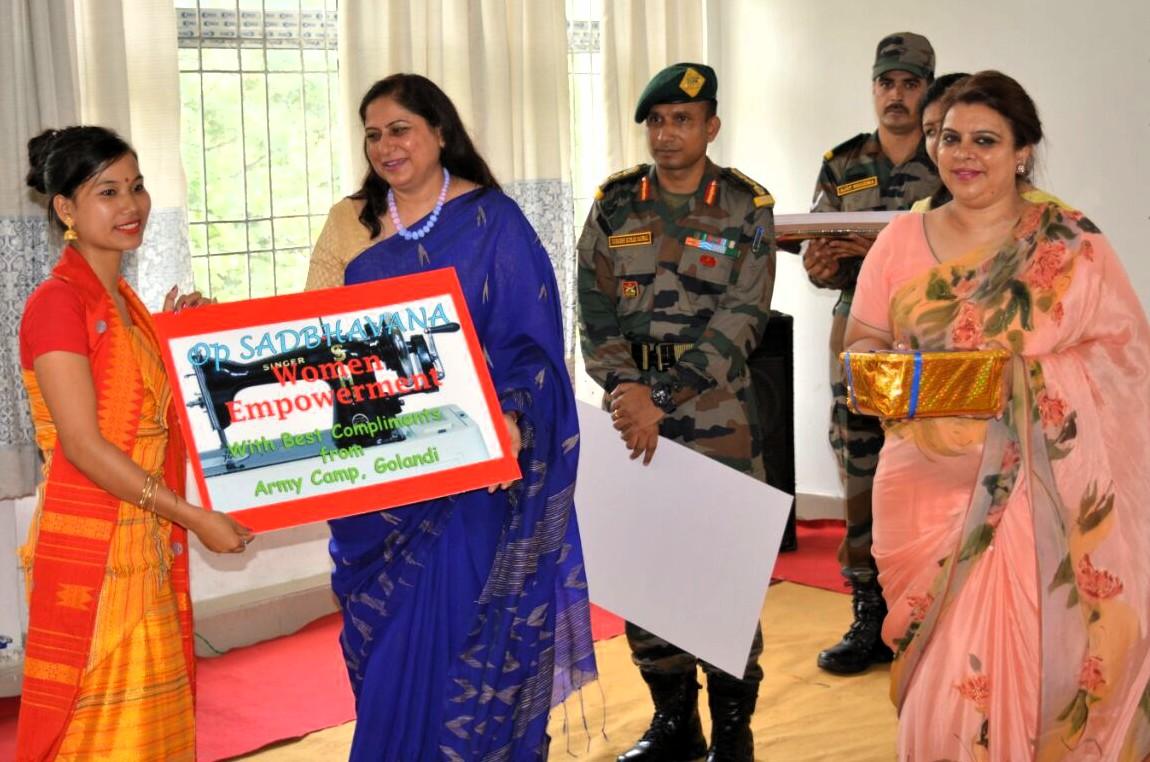 Apart from containing insurgency in Assam Indian Army has been actively involved in social development of the society by undertaking various social welfare initiatives for economic growth including woman welfare.In such initiative by the Red Horns Division,the Army camp of Golondi of 14 Dogra Regiment stationed in Udalguri district has undertaken a project of conducting tailoring classes for woman of Udalguri district aimed at providing them with skill sets which would empower them by enabling them to earn a livelihood through self employment of ladies from different communities, all from BPL families. Thirty women were selected to undergo the tailoring course at Udalguri town for a duration of two months starting from 4 July to 6 September this year.

The participants belonged from all the communities including Bodo, Adivasi, Nepali etc.Training were imparted by professionals from Live Green NGO.Classes were conducted under the supervision of Golondi Army camp. The closing ceremony was held on September 6 at Golondi Army camp.Annupama Bedi,Zonal President of AWWA (Army Wives Welfare Association) attended as the chief guest while Tripteen Kaur Behl,chairperson,Family Welfare Organization,Red Horns Division attended as distinguished guest,Sadhana Hojai, Deputy Commissioner,Udalguri and Col.Durgesh Kumar Bansal,CO of 14 Dogra Regiment also attended the closing ceremony as the special guests.A cultural programme was organized on the occasion which projected the integration of all cultures of Assam living together.

The chief guest Annupama Bedi distributed sewing machines to all the participants who had successfully completed the course.In addition started kits were distributed by Tripteen Kaur Behl.Certificates of proficiency were given away by Sadhana Hojai,DC, Udalguri.All the lady guests had interactive sessions with the participants and organizers.

Baukhungri festival to kick off on Wednesday

11 Apr 2017 - 7:28pm | AT Kokrajhar Bureau
5th Baukhungri Festival is going to start with three-days colourful programme at Harinaguri, 10km east of Kokrajhar town along the Baukhungri Hill in Kokrajhar district from Wednesday. All...

24 Apr 2014 - 12:37pm | AT News
In his last visit as prime minister, Dr Manmohan Singh has exercised his franchise in Dispur in the third and final phase of Lok Sabha polls on Thursday.Dr Singh, who represents the state in the...