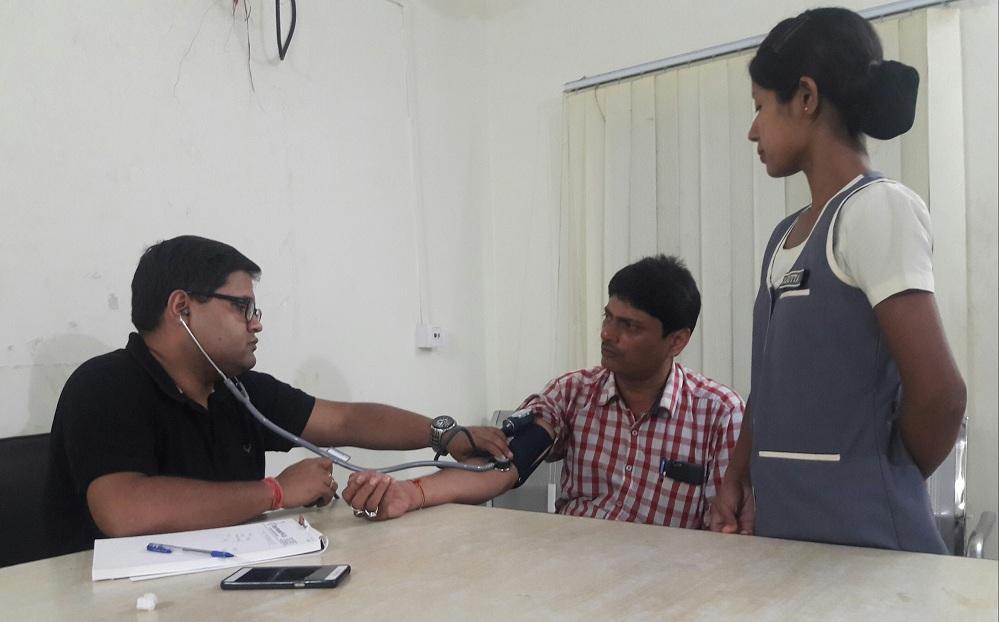 The city based Dispur Hospitals on Saturday (29 July) conducted the evening OPD clinic at Guwahati Press Club, where Dr Udayan Saikia offered free consultations to over 30 media persons along with their dependents. The participants also got their weight, blood pressure & sugar checked in the camp, which was assisted by Biswajit Das and Sonmani Dutta from the same hospital.

The next camp, organized under the series of ‘Evening with a Doctor’ programs at the press club, will be graced by Dr Vijay Sankaran (neurosurgeon) from SIMS Chennai Hospital. The 5 August camp will begin at 2.30 pm and conclude by 4.30 pm.

2 Aug 2007 - 11:04am | editor
Guwahati: Guwahati High Court on Wednesday stayed the appointment of 13,318 numbers of Anganabadi Workers in the Social Warfare Department. This would have been the biggest appointment in the second...

18 Aug 2017 - 8:54am | Akshaya Pranab Kalita
The Namrup Lalpaguri Ghat Bridge over the river Disang has been in a bad shape causing immense suffering for the commuters. The temporary bridge is the sole route  for the people of  ...