A border peace panel is touring the tense areas along the Assam-Nagaland border to restore confidence among the people. Comprising leading citizens from both the north eastern states, the team so far has been interacting with the villagers and community leaders for the last few days.

The committee members toured the Borholla-Madhpur  area bordering Changpang in Wokha district on Friday to spread the message of age old brotherhood among the people living along the inter state border.

On Friday they organized a friendly volleyball match among the border people in a bid to boost bonhomie along the border. The players were brought from Titabor and Changpang in Wokha district.

8 Feb 2014 - 5:04pm | AT News
AIUDF has come in for sharp criticism for Haidor Hussain’s defeat in the Rajya Sabha polls on Friday.A section of the AGP leaders called it a conspiracy of AIUDF president Badaruddin Ajmal to clear... 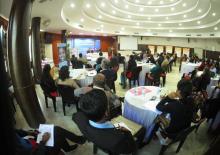 15 Dec 2014 - 1:57pm | AT News
The UNICEF is holding a brainstorming consultation in Guwahati on Monday to focus child rights to participate in media and communication apart from the decision making process and content development... 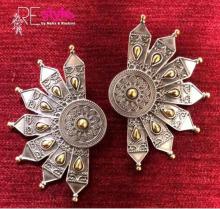 11 Jan 2021 - 7:15pm | Prantik Deka
A two-day exhibition-cum-sale showcasing home-grown products by women entrepreneurs from the Boss Network was successfully held at the Storytellers store located in the Asian Palace Complex in...