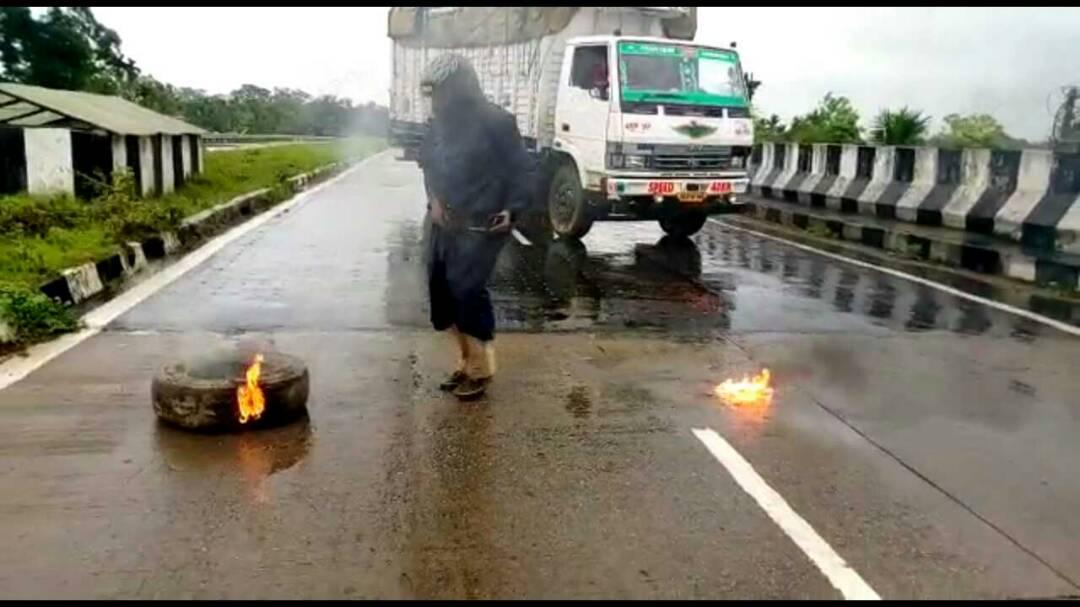 Normal life remains heavily paralyzed in Raha following a 12 hour bandh by the various local organizations who are dead opposed to the proposed AIIMS in North Guwahati instead of central Assam.

Roads in Raha are wearing a deserted look with vehicles refusing to ply under the impact of the bandh. Shops and markers, schools and colleges, banks and offices are remaining closed from 6 in the morning.

Some bandh supporters are coming out to the public places to enforce the bandh while security forces are trying to deal with them.

Hundreds of people in the area on Thursday blocked the National Highway No 37 for one and a half hour in protest against foundation laying of the country’s premier hospital in North Guwahati by prime minister Narendra Modi on Friday.

Initially, AIIMS was proposed in Raha. But later it was shifted North Guwahati triggering a massive protest in Raha where one person died in police firing last year.

14 Sep 2015 - 9:40am | AT News
Hundreds of Koch Rajbanshi students in Bongaigaon blocked the railway lines intensifying the demands for ST status at an earlier date which forces several trains to remain stranded for several hours...