Continuing its tirade against the setting up of AIIMS hospital at Changsari, Middle Asom AIIMS Demand Committee ( MAADC ) on Sunday  announced a series of agitation against the  state government and state Health Minister Himanta Biswa Sharma.

Addressing media in a public meet held at PWD inspection bunglaw here, MAADC President, Hirannya Narayan Bora said that minister Himanta Biswa Sharma is contempting the court by announcing that AIIMS foundation stone would be laid by Prime Minister Narendra Modi at Changsari on his visit to Assam on May 26. “The NGT has not yet given any judgement over the case that the site chosen for the AIIMS is located in an eco-sensitive zone. Whereas the final hearing of the case has been fixed on May 24 , how the minister having several portfolios could make this kind of announcement in advance. He, actually, in that way contempting the court and in protest of his acts we will launch a series of protest from May 25 onwards,” Bora added.

“There is no end of conspiracy and both Himanta Biswa Sharma and BJP led state government do not want the hospital at Raha. We will not rest until the government fulfills our demand of setting up AIIMS at Raha,” said Sarbeswar Barua , working president, MAADC.

He further said that  MAADC is going to organize series of agitation to intensify its stir for AIIMS including NH 37 blockade on May 25 at Raha chariali and Middle Assam bandh on May 26.

The decision of the  agitations was supported by AASU, ATSU, AJYCP, Raha units and several other organizations.

It might be mentioned here that Raha is experiencing series of bandhs, road blockade, hunger strikes etc. since the state government decided to set up AIIMS at Changsari in Guwahati.

Crop insurance is the life insurance scheme for farmers

9 Dec 2008 - 9:23pm | editor
Uttar Pradesh is one of the most important states of the country in terms of agricultural production. More than 85% of its population is rural based and depends on agriculture for its livelihood.... 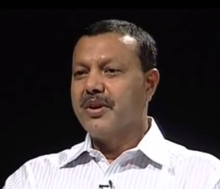