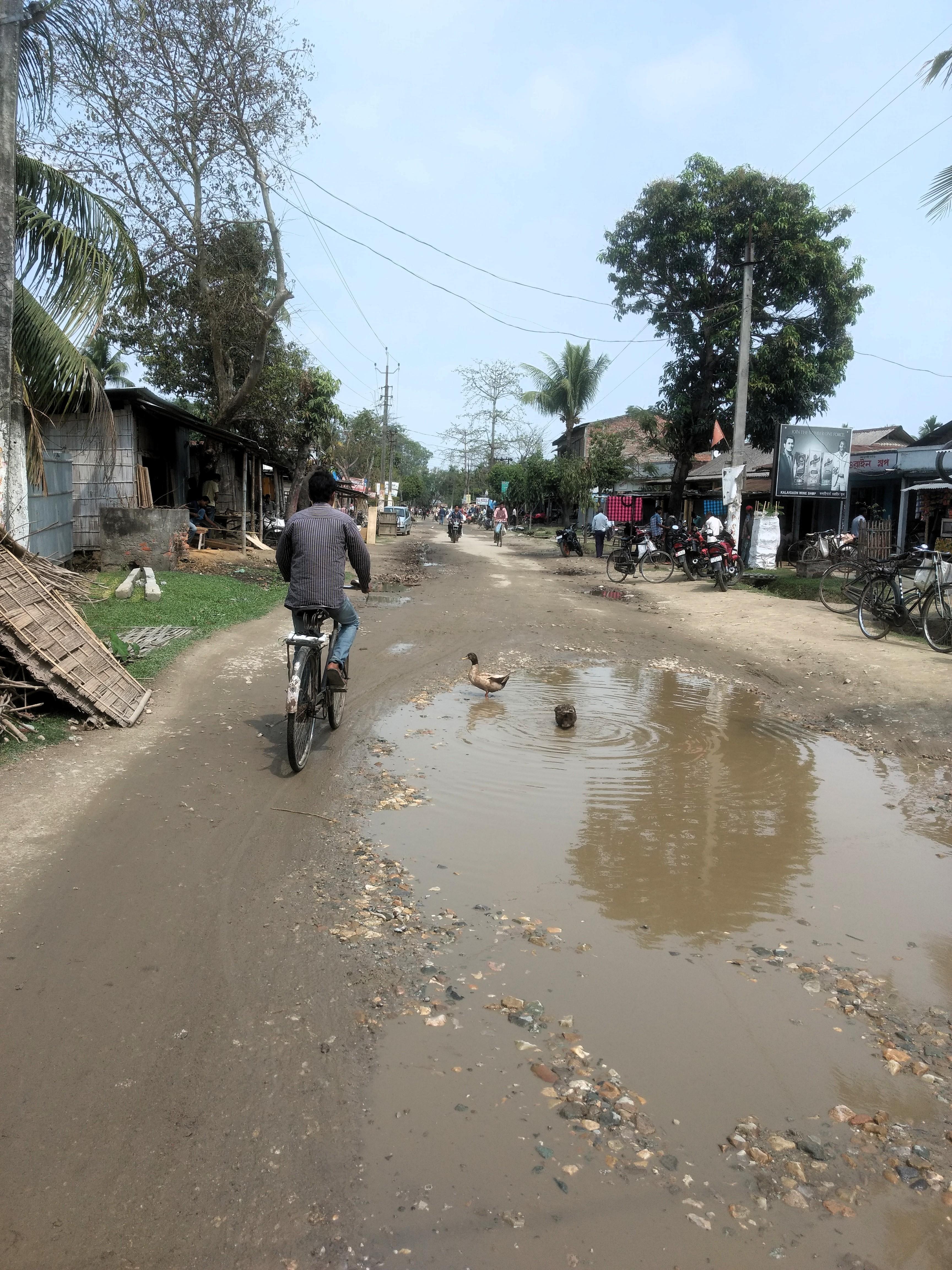 Kalaigaon-Rongamati road (old Mekenzi road which was the oldest PWD road in undivided Darrang district) was built by British nearly one hundred fifty years ago in 1860.The road has been linking Kalaigaon town,from Kalaigaon police station point to the National Highway 15 at Aoulachouka near Mangaldai.A decade back the road was divided in two parts.The portion from Rangamati Ghat to Kalaigaon was renamed as KR Road (Kalaigaon-Rangamati) and the remaining part remained as Mekenzi Road.(The road was surveyed and constructed by British engineer Mekenzi).

While present Meckenzi road linking Kalaigaon town with Paneri,Bengbari Hatigarh and most of the tea gardens situated in northern parts of Udalguri district.Present KR road once was the only link from Rongamati ghat near Brahmaputra river to tea gardens situated in northern area of present day Udalguri district.Though under the supervision of state PWD, the condition of both the Mckenzi and KR road have now been so pathetic that people hardly walk on it not to speak of vehicular traffic. Mckenzi road (distance is 17 km from Kalaigaon town to Bengbari), has not been repaired for long 12 years.In 2004 PWD repaired the road with World Bank funding.But the construction was very poor standard and hence easily broken away by flood waters in the same year. Since then not even a single piece of stone was thrown on this road.The road has been like lifeline to villagers of nearly eighty villages.But the poor road condition has been posing a big hurdle to the farmers to send their products to markets.On the other hand the dilapidated state of KR road in the heart of Kalaigaon town is beyond description.

Huge water holes on the road from Kalaigaon police station point to Samalabari LP school make vehicular traffic nearly impossible.Encroachment on the pavements have added more woes to the problem. Residents have blocked all the water outlets while constructing new houses.The matter has not been taken seriously by PWD or civil administration of Udalguri district.

People of Kalaigaon have been demanding government for its early repair;but their demand is not taken seriously during last years.Neither Assam government nor BTC authority had time to take any initiative. Organisations of Kalaigaon and Jayanta Kumar Das,president of Udalguri District Journalist Union request BTC authority for the immediate repair of KR road and Mckenzi road.

17 Jan 2015 - 6:09pm | AT News
Finally Chief minister Tarun Gogoi pulls up his sleeves to reshuffle his cabinet. Gogoi is likely to drop a few of his colleagues to pave the way for a circle of new colleagues. The entire picture...

16 Aug 2016 - 6:26pm | AT News
Women experts from the north east will rub shoulders in Guwahati on August 22 to discuss in detail the peace and conflict in the region which has already took a heavy toll over the last couple of...