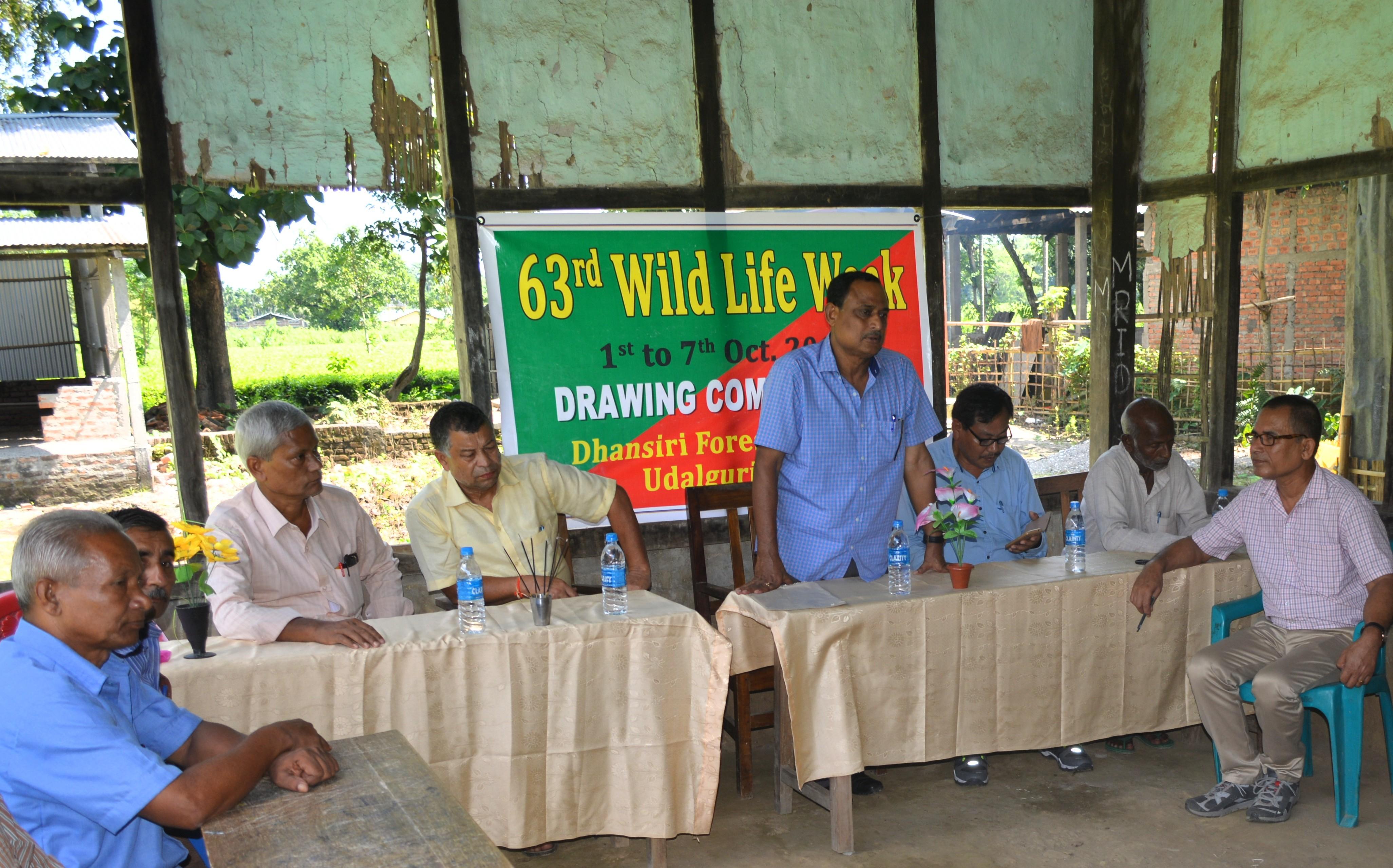 The 63rd Wildlife Week was observed at Sahariapara village near Bornadi Wildlife Sanctuary on October 4 with day long programme.The programme was organized by Dhansiri Forest Division, Udalguri at Swahid Adarsha ME school.

An awareness meeting was held on the occasion at 11 am which was presided over by MK Sarma, DFO, Udalguri. Manohar Sitala teacher of the school in his introductory speech welcomed all before explaining the need for conservation of flora and fauna of the district. DFO Sarma in his presidential address spoke about conservation of biodiversity of Bornadi Wildlife Sanctuary with special reference to world famous pygmy hog, leopard wild elephants, peacock and hornbil etc. He requested students and teachers of the locality to plant more and more trees so as to provide shelter to smaller animals and birds.

An interactive session was held with the students where wildlife experts briefed students on many topics of wildlife conservation and prevailing superstitions causing menace to some animals and birds.A on the spot drawing competition was also arranged for the students and winners were awarded in the meeting.

Give peace a chance

1 Nov 2007 - 5:25am | Rituparna Goswami Pande
The northeastern states have lately reaffirmed themselves as cauldrons of violence. Instances of violence have repeatedly marred the peace of these sibling states where rebel guns have resulted in a...