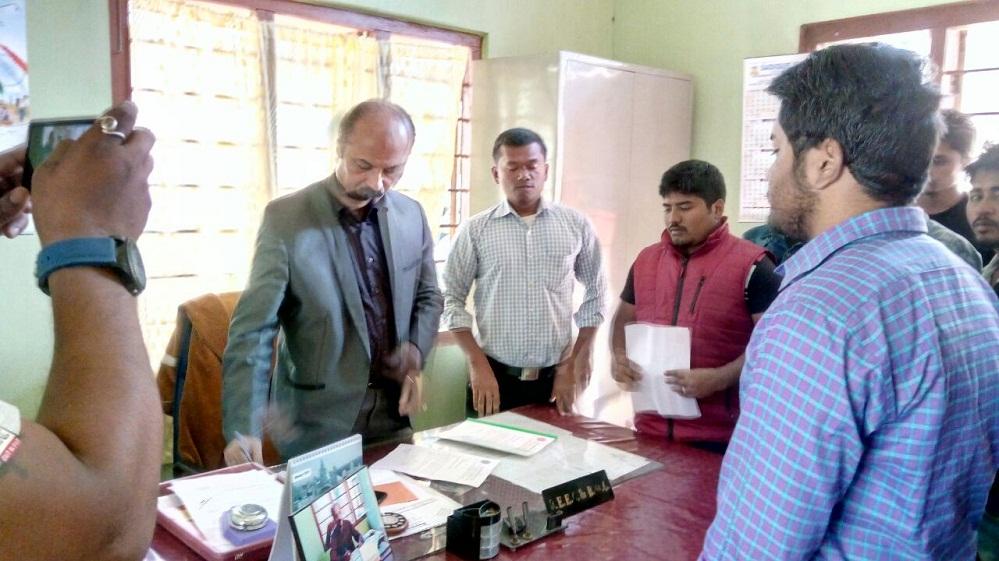 School and college students thronged in thousands in the district and sub divisional headquarters across the state demanding immediate distribution of textbooks in the schools.

With play cards in their hands,  the students on Wednesday staged demonstration in front of the offices of the inspector of schools, deputy inspectors and block elementary education officers under the banner if All Assam Students Association raising the demand.

The protestors alleged that even after the end of the first month the government has not stepped up textbook distribution in the lower primary and high schools.

AASU leaders and students also joined the demonstration along with other parts of the states. The primary and high school students staged demonstrations in front of the office of the block elementary education officer demanding text books immediately.

Talking to Assam Times, local AASU leader Hazarika said, “the students must have got the text books on the day one of the calendar year. But the entire month is about to end and yet the government has failed to complete the distribution of text book. Isn't it a failure?”

Another local AASU leader Panjaj Hazarika blamed it all on education minister Himanta Biswa Sarma for the failure. “Sarma is known for his lips service. He can only talks and does precious little. His education portfolio should be handed over to an efficient one,” said Hazarika.

“We have not received all textbooks. We don't want explanation and want only textbooks,” said Samudra Jyoti Bora, a Class IV student at a local lower primary school.

18 Nov 2016 - 3:17pm | AT News
Amid a mammoth security arrangement, Lakhimpur is holding its Lok Sabha by polls where 15,11,110 voters are exercising their franchise to decide on the fates of 5 candidates on Saturday. Voting is...

27 Aug 2010 - 4:02am | editor
An All Adivasi National Liberation Army of Assam was apprehended by the BSF personnel belonging to the Assam and Meghalaya Frontier in Golaghat district on Thursday. According to information,...

17 Jul 2017 - 1:00pm | Akshaya Pranab Kalita
Ten years have passed since BSNL services started beeping in Namrup. But interrupted service has forced hundreds of it's customers to shed much to the delight of the private cell service providers....