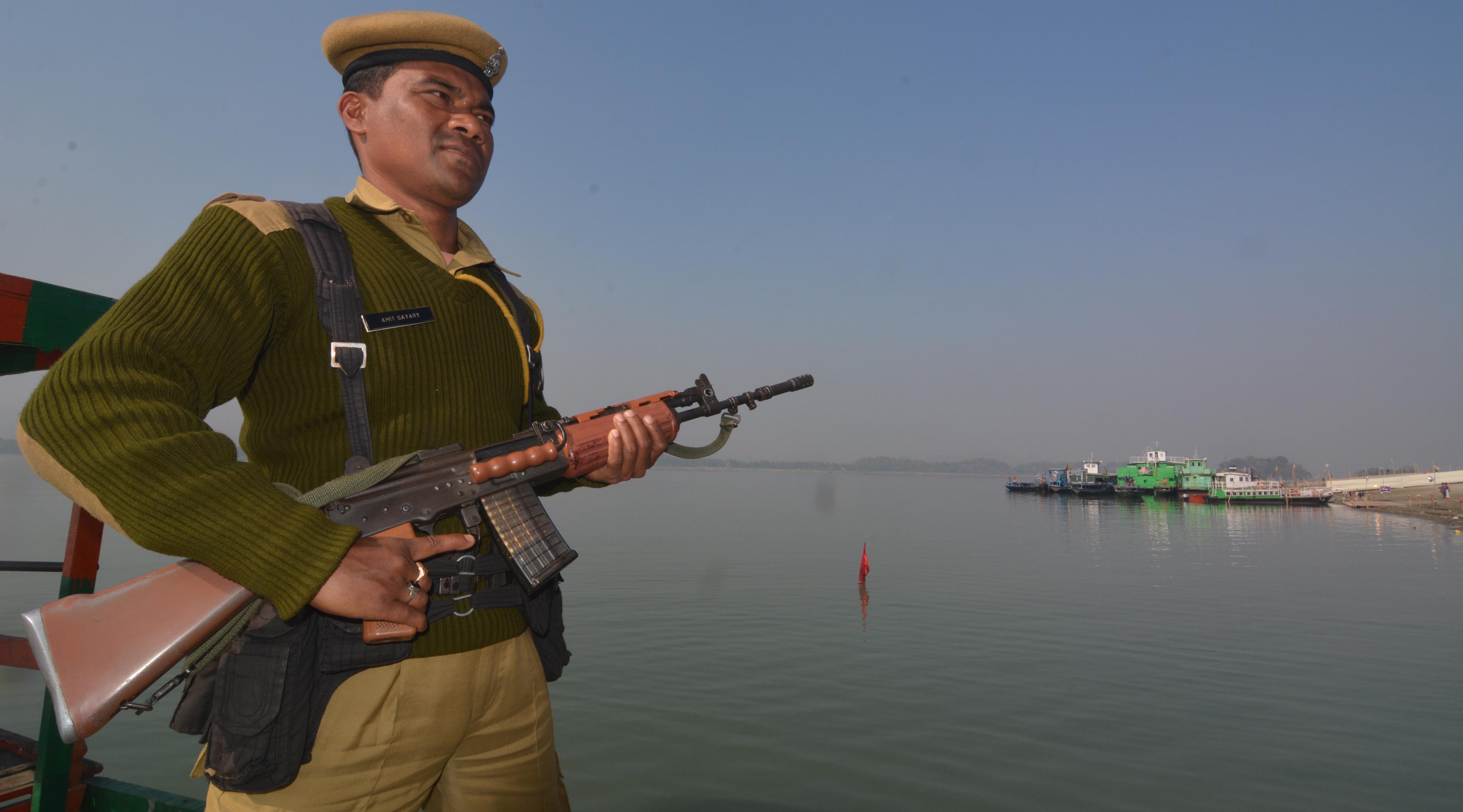 Amid a massive security arrangement and rebel boycott call, Assam is all set to join the Republic Day on Thursday to mark beginning of the largest democracy on the planet.

The flag hosting grounds across the state are being heavilly guarded by army, police and para military forces in view of the rebel diktat against the red letter day.

The vehicles on the roads are being minutely checked to prevent the rush of explosive materials apart from an intensified combing operation against ULFA-I and NSCN-I who recently killed three Assam Rifles jawans at an ambush near Jagun in Tinsukia district.

The premier north eastern city of Guwahati has turned into a war zone with security forces patrolling on the streets with sniffer dogs scanning the suspicious objects.

The entry and exit points in the city are being closely monitored to prevent the movement of rebel elements.

The security forces are concentrating on the Veterinary Playground in Khanapara where governor B Purohit is unfurling the tricolour before taking salute of the army, police, para military forces and NCC.

Ministers and MLAs have already left for their district and sub divisional head quarters to hoist the flag.

Heavy security forces are being deployed in the vital roads, bridges, railway tracks, oil and gas installations fearing rebel attempts during the celebrations.

The north eastern rebels have given a boycott call of the day alleging decade long suppression, oppression and colonial rule by the power that be in New Delhi.

9 Dec 2017 - 9:04pm | Robertson Tanti
The Adivasi groups are all set for a fresh agitation demanding Scheduled Tribe (ST) status. The action is starting with a seven-hour rail blockade on December 19 when Parliament will be...

23 Feb 2014 - 10:10pm | AT News
Jintul Talukdar, BhawanipurIn a bizarre incident that sends shockwaves across the state, a woman committed suicide after killing her minor daughter on Sunday.The incident took place at Bhawanipur in...