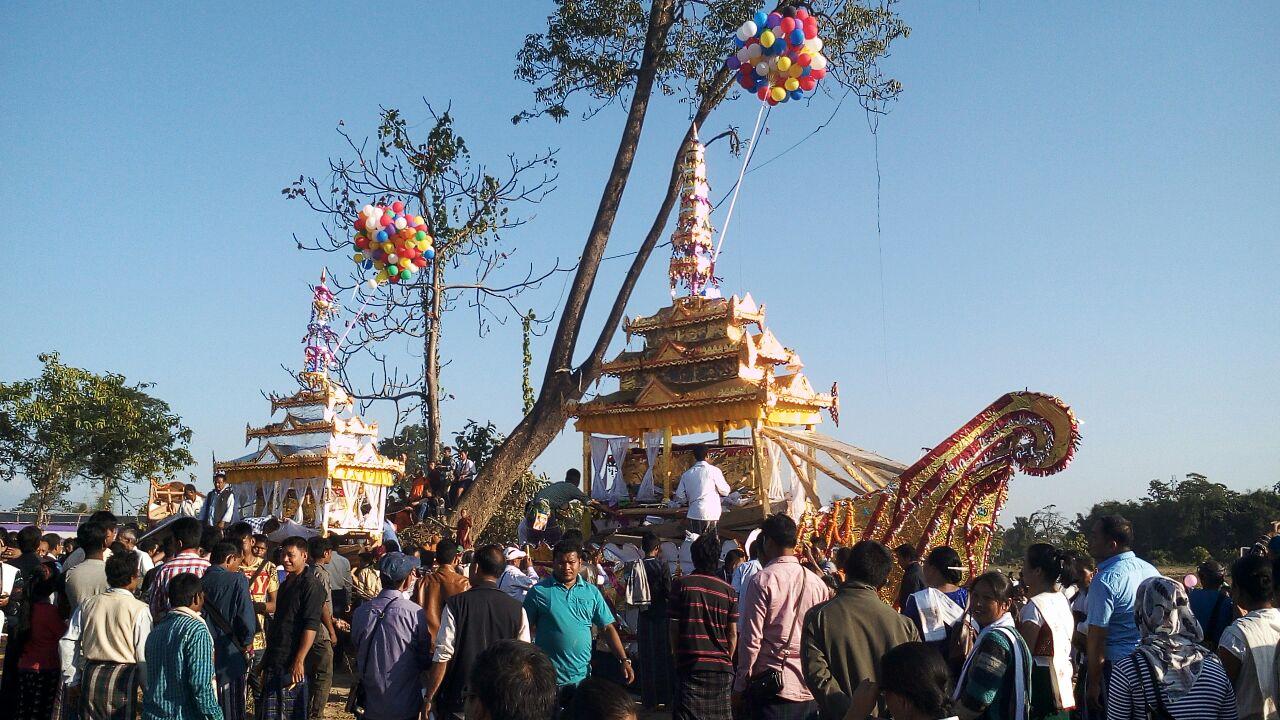 The three-day grand Catafalque (Ceremonial chariot) festival known as Poi-Leng concluded on Saturday with burning of Ossuary (mortal remains) Ceremonial Chariot at Mahabodhi Lord Buddha College (MLBC) premises Namsai with great religious honour. Monks and devotees more than 3 lakhs from far and wide thronged the ground on day 1 to witness the installation of mortal remains and on day 3 pay their veneration during last rites performance and cremation of the two monks in the decorated ceremonial chariot.

The combined Poi-Leng celebration was held to pay obeisance to the departed monks, Late Venerable Gyanatisa Mahathero and Late Venerable U. Nanda Mahathera as per the Theravada Buddhist traditions who attained parinibbana on 8 and 29th November 2016 respectively at the MLBC Buddha Vihar.

The Poi-Leng is the celebration of reflection of possession of a noble soul of Late Venerable U. Nanda Mahathera and Late Venerable Gyanatisa Mahathero who during their life span of 69 years and 87 years have spent 49 Vassa (monkhood) and 28 Vassa (monkhood) since their higher ordination to Bhikkhu in 1968 and 1989 respectively. With their death (nibbana) the entire Buddhist community has lost a respectable Buddhist Bhikkhus who were loved and respected by all people irrespective of caste, creed and religion.

The 12 wheels on the chariot signifies the quality of greatness of Dhamma and Vassa Vass (years spent as monkhood) of the late venerable ones. The chariot has three steps of roofs with an elevated platform where the coffins of the departed monks are placed after performing the religious rituals. The monks and devotees pulled the chariot alternatively from either side after the installation of bodies of departed monks at the ceremonial chariot from January 5 to January 7 till the period of cremation of mortal remains of venerable ones.

The mummified body of Late Venerable Gyanatisa Mahathero and Late Venerable U. Nanda Mahathera was preserve with great respect and honour by the Bhikkhu Sangha and devotees in makeshift stilt hut called the Chong Nibbana at MLBC Namsai Poi-Leng Ground. The bodies of the venerable ones were preserved in the coffin till the commencement of the festival by mummifying their bodies with cotton cloth dip in wax, covered with tobacco leaves and charcoal. The tobacco leaves were used to help preserve the bodies from decay and spread of foul play, cotton cloths dip in wax was used for mummifying the body and charcoal was used for assimilating the liquids dripping from the dead bodies.

The Poi-Leng Celebration Committee had ensured all effort to make the Poi-Leng celebration a successful event. Community feast was served for all during the three days celebration. A cultural night with presentation of Poong (Traditional dramatic art form of Tai Khampti) was another attraction of the 3 day celebration. 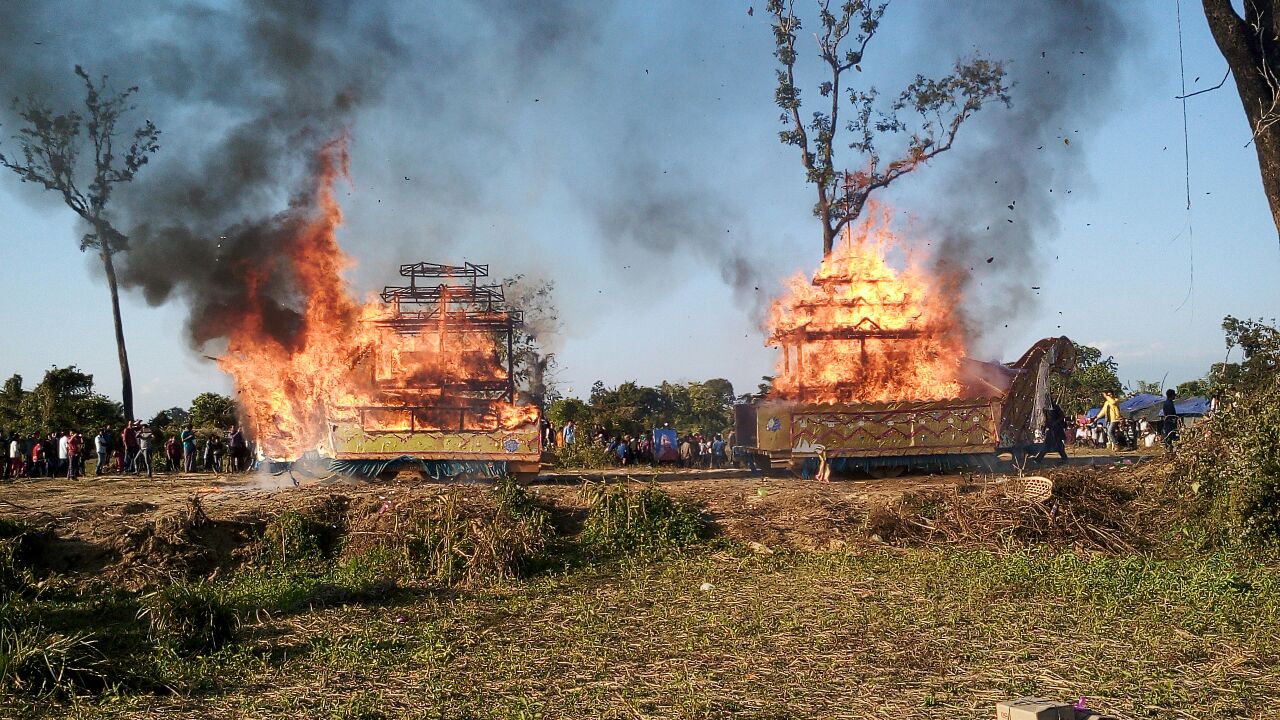 Three arrested for assault in Kokrajhar

22 Nov 2016 - 7:27pm | AT Kokrajhar Bureau
Kokrajhar police apprehended three persons of a family for involved with attack Maoria Basumatary and his son late last evening at Jordanpur village being suspect of witch in Kokrajhar district. The...

17 Sep 2014 - 6:16am | AT News
Finally, the Assam government has started decentralizing the police force. The Superintendents are free to transfer inspectors or lower-ranked officials without any permission from the DGP.According...

23 Apr 2011 - 10:00pm | Juthika Das
Mithila Ranjan Roychoudhury (Mantu) passed away at his residence at Isswapur Hati, Barpeta on April 14 at about 8 o' clock. The people of Barpeta mourned at the sudden death of Roychoudhury who was...