Untill the people of Madahi community come forward and promotes one's identitical surname. The development of the community in all spheres including the young generation would face identity crisis. This was observed by former President of All Assam Tribal Association Sarbeswar Madahi recently.

Addressing the open session of the first bi-annual conference of Udalguri district Madahi Association as chief guest Sarbeswar Madahi said " Madahis' are not a sub-group community of the Rabhas ,we are a tribal community with distinct ethnic identity."

He also thanked the state government alongwith BTC Chief Hagrama Mahillary for their join efforts which yielded the formation of Madahi Development Board  on March 26 last. The session was presided by Anil Madahi President  All Assam Madahi Association . Other distinguished guests present on the ocassion were Gaurishankar Das Secretary Udalguri Sahitya Sabha,Bipin Chandra Rabha etc. 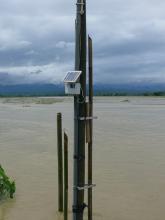 27 Jun 2014 - 9:59pm | AT News
The Assam Public Service Commission has called off the combined competitive examination (mains) slated for Saturday to select the candidates for ACS, APS and allied services, a day after the...

Kaziranga in rock and roll as jumbo fest begins