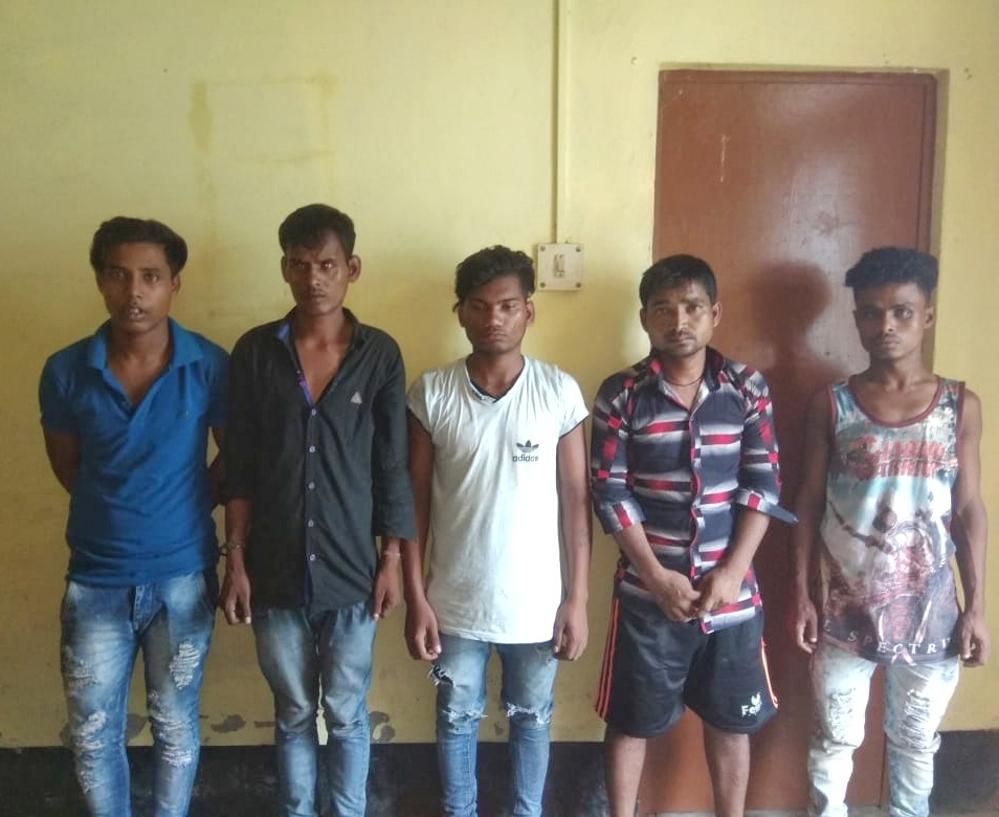 TANGLA: In a major sucess for Tangla police apprehended five members of a gang of notorious petty thieves from Tangla weekly market on Friday. Acting on a tip off, a team of Tangla police nabbed the members of the gang identified as Rajendra Rajbongshi(19),Ajoy Pujari(19),Siba Pariga(21),Ashok Tanti(28) residents of Hattigarh TE under Harisinga P.S while Binod Nayak(25) is a resident of Teliapara under Panery P.S in Udalguri. Reportedly,the gang was involved in a number of theft related incidents in the Tangla weekly market and based on a F.I.R lodged by one Mintu Das they were apprehended. The locals have lauded the police action. Meanwhile they were booked vide Tangla P.S case no.108/18 under 392 IPC ad forwarded to judicial custody on Saturday.

13 Jul 2007 - 8:51am | luitneildon
Guwahati : The killing of abducted FCI official Dr PC Ram in crossfire during a rescue operation on Wednesday night in a remote village in the capital of northeastern state of Assam, proved a total...

Raha Ayurvedic institution should be named after Lokapriya

2 Jul 2016 - 11:54am | Nava Thakuria
The central healthcare institution on the line of All India Institute of Ayurveda coming up at Raha in central Assam should be named after Lokapriya Gopinath Bardoloi, argues noted Assamese scholar...