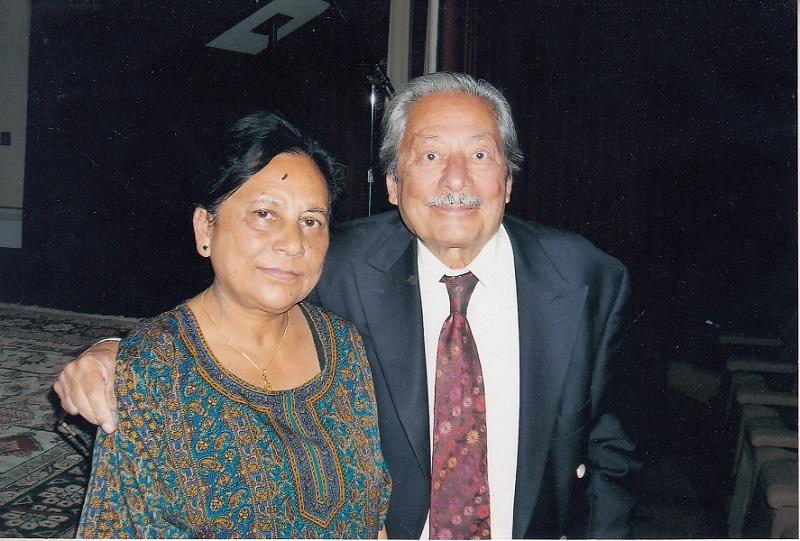 Saeed Jaffrey, was an Indian-born British actor whose versatility and fluency in multiple languages allowed him to straddle radio, stage, television and film in a career that spanned over six decades and more than a hundred and fifty British, American and Indian movies. He is one of the few actors who found fame and success in both India and the West. Saeed Jaffrey - who has died at the age of 86 - was a versatile, charismatic and hugely popular star. The pleasure of knowing Saeed Jaffrey was that he was at least as great an entertainer in real life as he was on radio, television, stage and film.

I remember meeting Saeed for the first time few years back in London. When my mother came to visit me. One MID-AFTERNOON, we were at Piccadilly, as soon as we entered Harrods Saeed came to my mother asked in Hindi "Aap Assam se Aye Hai?". "Bhupen Hazarika mera dost hai" . As my mother was wearing Mekhla Chadar. He appreciated  and said namaste. He kissed me and embraced me on both cheeks. I told my mother he is a well-known actor of India. He said good bye and exchanged phone numbers. Ever since we became good friends especially through Brent Indian Association. Because each time whenever I organize Assamese function at Brent Indian Association he and Jennifer supported us. He told me  he loved Assam, its culture and Bhupen Hazarika. He called my name "Begum Assam".

He was a multifaceted actor whose flair & versatility will always be remembered. A very cultured, sophisticated & a great actor.  I had a great association with Saeed Saab & Jennifer through various meetings and functions. at Brent Indian Association. He was such a fabulous person. So well read and wise. As an actor, he was a pioneer and was the first true crossover Asian actor who worked in Hollywood with top stars like Sean Connery and Michael Caine and open the floodgates for other Asian and Indian actors.

His performance in the BBC classic Gangsters (1975) (TV) as "Rafiq" earned him countrywide recognition in the United Kingdom. This was even though he had acted in Theatres and appeared on television previously in the U.K. In `1999 he appeared in British soap in ITV Channel : Coronation Street as corner shop  owner Ravi Desai. This was a very popular serial in ITV and we were all waiting for 7:30 evening to watch the programme.

He is known over the world for his impeccable English accent, his dapper style and his catch phrase "My dear boy". They form part of an acting persona that audiences have always found enchanting. He uses his smooth charm to good effect whether he is playing the archetypal oily, corrupt businessman or the kindly, knowing, father like figure. He is the first Asian to have received British and Canadian Academy Award nominations for acting, and is the first ever to be awarded the Order of the British Empire for his services to drama.

During the 1980s and 1990s he was considered to be Britain's highest-profile Asian actor, thanks to his leading roles in the movie My Beautiful Laundrette (1985) and television series Tandoori Nights (1985–1987) and Little Napoleons (1994)

Saeed Jaffrey has two careers: he's well-known in Britain, and he's huge in India. Jaffrey is moist, engaging, round: he leaks expressiveness from every pore.

Its really an excellent

Permalink Submitted by harbin on Thu, 09/06/2016 - 12:38
Its really an excellent information about Saeed Jafrey.. Yes, Some Indian People are also succeeding in the Hollywood industry who is like anil kapoor. Among Indian TV Channels Malayalam TV Channelshas to promote these type of activities because they would be having some good and great actors. 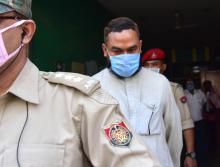 7 Apr 2020 - 3:02pm | AT News
Nagaon: A local court in  Nagaon has sent Aminul Islam to 14 days judicial custody on Tuesday after the police arrested the AIUDF MLA for spreading false rumour on quarantine. When the police...

24 Dec 2008 - 2:57pm | editor
Hundreds of passengers at the Rajdhani Express got rid of a major tragedy when a powerful bomb missed the target at Matipul in Karbi Anglong district in the wee hours on Wednesday. According to...