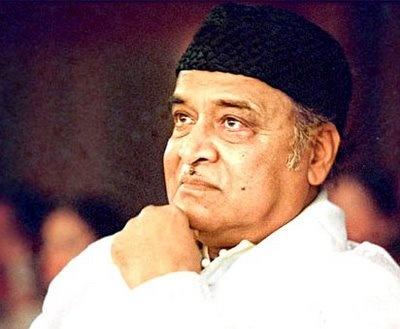 It is not everyday people like Bhupen Hazarika is born - 85 years of meaningful existence has and continue to add significance in uploading the rich culture, tradition, flourishing in Assam for ages.The bard of Brahmaputra fell silent for eternity on November 05, 2011

He was considered as the last of the great mass singer and the only great ballad singer in India. He was a maestro, a living legend and a national and international cultural icon, who represents and reflects with perfection, the socio-cultural political image of India. Dr Hazarika’s vision encompasses the entire world, reflecting the mood and passion of the oppressed and downtrodden in his ballads and folk tunes he picked up from different soils he came across. Hailed as the Uncrowned King of the lands from Assam, Bengal, Bangladesh and entire North-East, served as the Chairman of the Sangeet Natak Akademi and honoured with the Padmashree, Dadasaheb Phalke, Padma Bhushan and Padam Vibhushan award 2012. His vision and mission for his mother country as "Agni Yugor Phiringoti Moi Natun Asom Godhim Natun Bharat Godhim" ( I am born in the age of fire I shall create a new Assam, I shall create a new India by accosting social evils with bones of the dead)

It is said of the legendary Greek lyricist Orpheus that he charmed - wild beasts, trees and even stones by his singing. We as an Assamese would like to keep in our memory of Bhupen Hazarika as a legend in his own lifetime that he is the Orpheus of Assam.

Following the suggestion of Jayanta Barman, Vice - President, FASS, Guwahati (Friends of Assam and Seven Sisters), Rini Kakati, NRI Co-ordinator for UK initiated the matter with the Indian High Commission. With the approval of ICCR (Indian Council for Cultural Relations) on Tuesday, 26 June 2012, Dr. Jaimini Bhagwati, High Commissioner of India will unveil the live picture of Dr. Bhupen Hazarika at the prestigious Nehru Centre (the Cultural Wing of Indian High Commission). Dr. M. Sayeedur Rahman Khan, High Commissioner of Bangladesh will attend as a guest of honour along with dignitaries, Peers and Indian Communities.

1 Oct 2015 - 10:15pm | AT News Itanagar
SBI organized a mega campaign on Pradhan Mantri Mudra Yojaya for needy persons at Daporijo at the Conference Hall of Singik hotel in Arunachal Pradesh on Thursday.DC Komkar Dulom along with many...

31 Oct 2014 - 2:50pm | AT News
A 12 hour Assam bandh has thrown life out of gear across the state on Friday. Roads started wearing a deserted road. Shops and markets, schools and colleges remained closed under the impact of the...