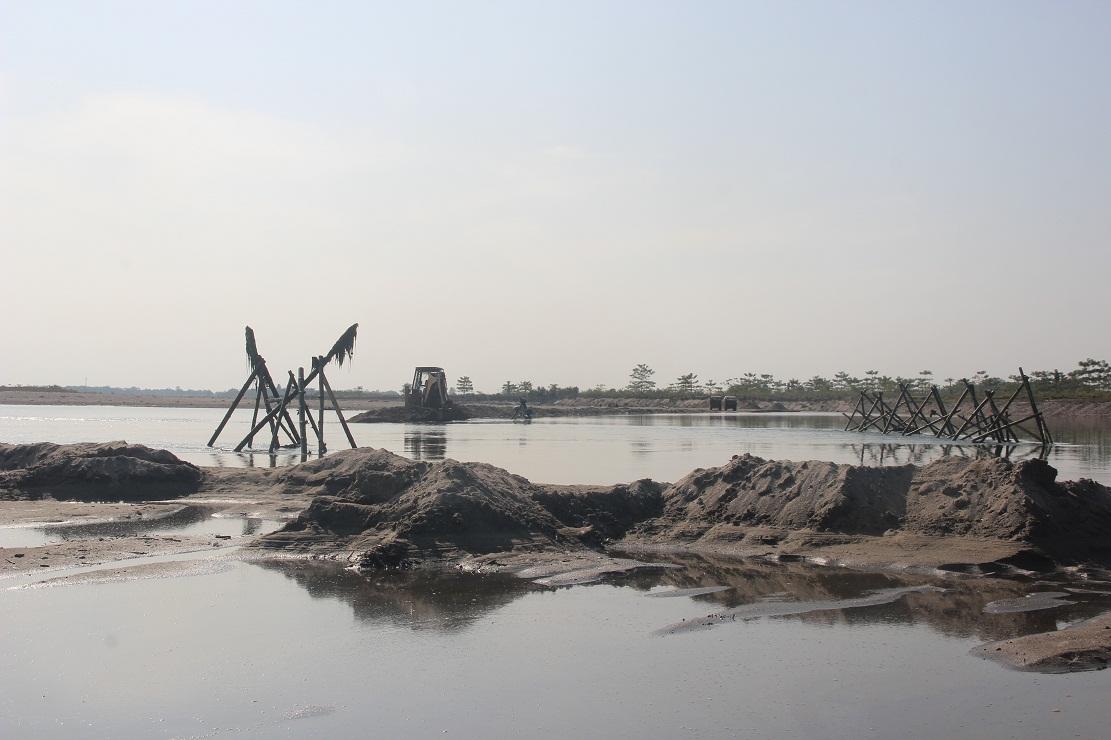 Members of TMPK, Lakhimpur District Committee and KMSS have demanded to stop an ongoing construction of a coffer dam installed over the Subansiri River.

The coffer dam is being built to divert and dry up the main course of the river in Bhimpara query to extract materials from an island located near Chouldhuwa bridge of NH 52 over river Subansiri.

The half built coffer dam has already changed the pattern of flow in the river causing erosion in Katari Chapori. The dam has also posed threat to the riverbank villages of Bhimpara Panchayat.

People living on the river bank are already facing wide scale erosion postulated of being influenced by the query holes on the river bed mined by excavators.

The communities also reported that the Lower Subansiri Hydro Power project of Gerukamukh has visibly changed the characteristics of the river. Changes in the flow of the river during monsoon and lean seasons are evident. Quantity of sand and stones on the river bed are rapidly shrinking to zero level as chances of recharge are getting minimal each year.

The queries in Subansiri river are given on lease inviting bids that goes to figure of crores. Inevitably, extraction of materials from the island seemed to be crucial for the leaseholder Dilip Baruah of Khelmati, North Lakhimpur town. Excavators and tractors are being illegally used on the river bed to extract and transport the materials ruthlessly.

The members of the organization have forcefully stopped the construction activities and demanded the forest department to seize all the excavators and tractors used in the site.

An application has been filed against the leaseholder Dilip Baruah at the Chouldhuwa Police outpost. The members of the organization reported that they will not move away from the site unless actions are taken against the responsible parties. 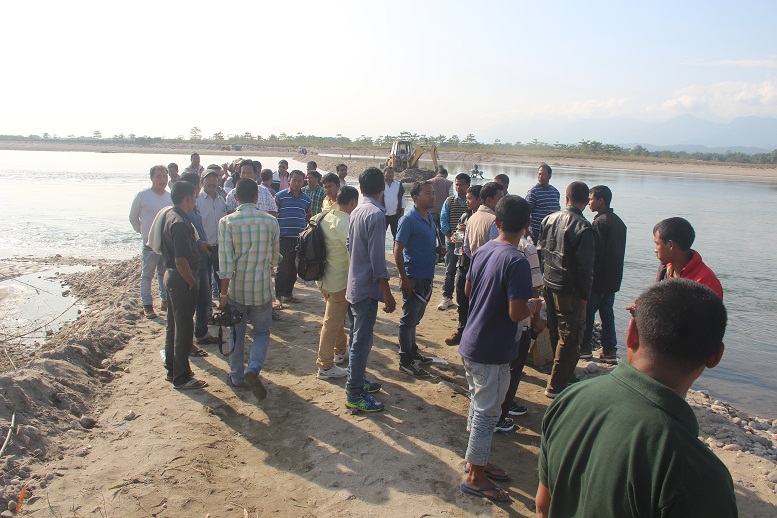 12 Oct 2015 - 7:47am | AT News
Assam on Monday joined the Mahalaya celebrations along with the rest of the country to mark the countdown to the Durga pujas. Rivers banks in many places were teeming with Durga devotees who started...