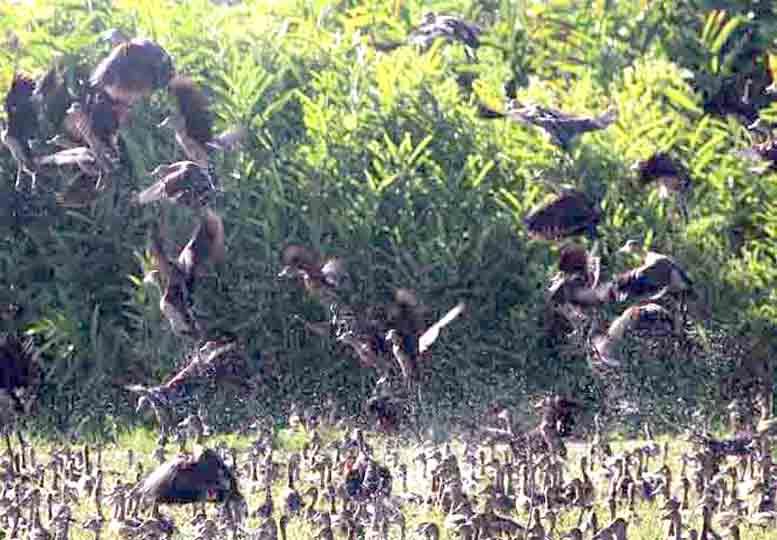 Flocks of winter visitors, residents and common birds have started swarming into the wetland creating spectacular views that bird enthusiasts should find overwhelming to look at.

Lesser Whistling Teals, indigenously known as Sorali Haanh, Purple Swamp Hen (Kaam Sorai), Asian Openbill (Hamuk Bhonga) are some of the resident and local migrants that are currently sharing the wetland. The number will increase in December when other migratory birds will join the existing flocks.

The birds are well protected by the community living in Ujani Miri village with active support from the forest officer Baliram Gogoi. This mutual cooperation of forest department and the locals has successfully in prohibition of fishing and hunting in Shatajan Beel.

The people in the region expressed concern over non-maintenance of the wetland as Ranganadi swells up to an unpredictable level during rainy seasons.

They expressed their deep resentment over NEEPCO, the agency that operates Ranganadi dam as they have been suffering from sudden flood and other challenges posed threat to their livelihood and local bio diversity. 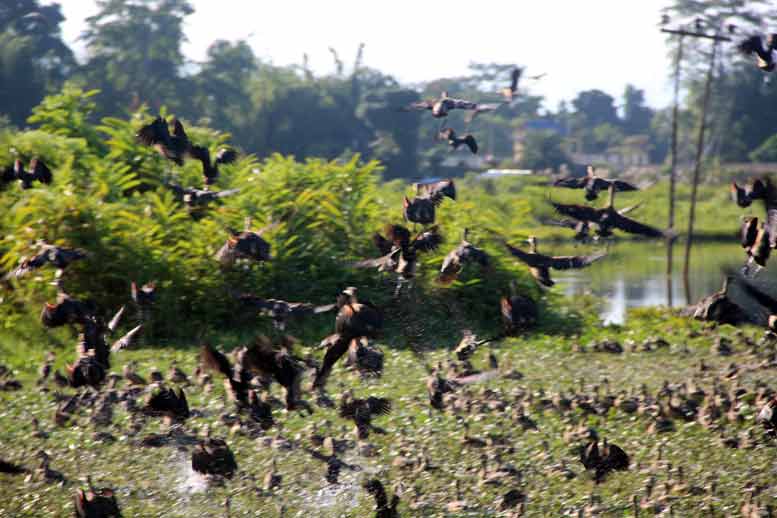 23 Aug 2013 - 9:59pm | AT News
Haryana has seen yet another instance of an outstation girl being sold to be raped. This time a girl hailing from Assam was allegedly raped by four men. The shocking tale came to light on August...