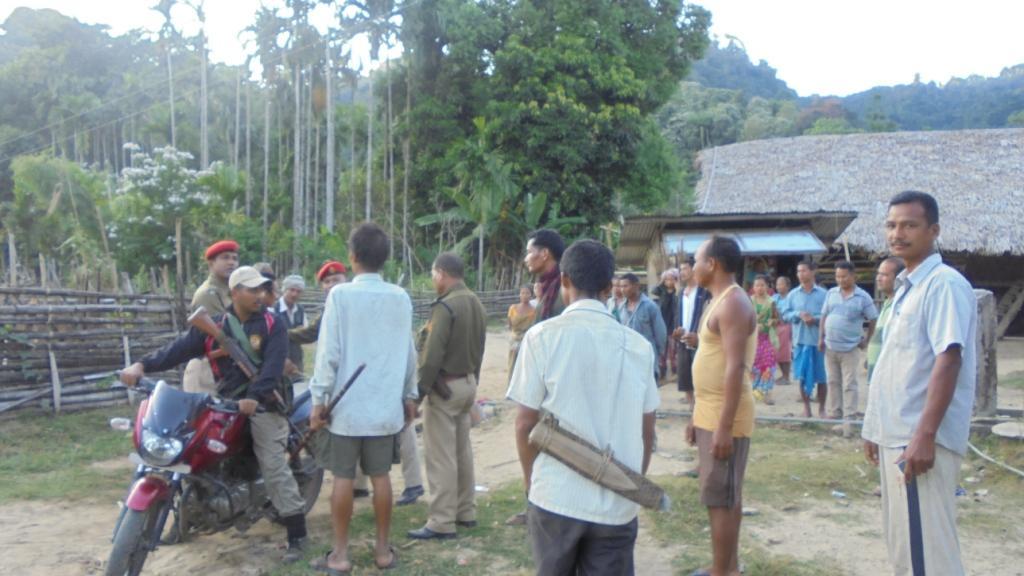 Three women from Kesaikathoni, Jairampur of Dhemaji district were abducted on Thursday by a person named Tabin Buchi from Siloni, West Siang district of Arunachal Pradesh.

Nijara Narzary (22), Barsi Goyari (40) and Sabitri Konch (32) were reaping harvest in a cornfield situated near the Assam Arunachal border on Thursday from whre they were kidnapped. They were severely beaten and were kept confined in Siloni. Later they escaped from the confinement with the help of Tabin Buchi’s wife.

The situation worsened when people from Kesaikathoni came out with weapons in their hand. Police had to intervene in the situation to control teh situation.

Tabin Buchi was taken into custody by police.

5 Jun 2014 - 10:41am | AT News
Caught in a Catch-22 situation,  the 3-member AICC panel has asked Chief Minister Tarun Gogoi to resolve the dissidence within the legislative body at an earlier date. Gogoi got the instruction...

6 Mar 2012 - 4:08pm | editor
Chief Conservator of Forests Abhjit Rabha and Ranger Ranjan Baruah were released unharmed at about 1030 hrs IST near Bokoliaghat Forest Range Office last night. What first appeared to be a rumour was...

11 Mar 2016 - 11:56am | AT News
An escalating resentment over poll pact with AGP and the first of candidates threaten to mar BJP's prospect for the upcoming assembly polls scheduled on April 4 and April 11. Local BJP leaders and...