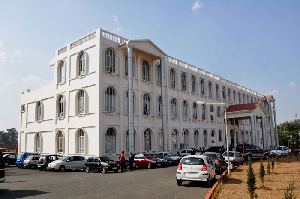 The Meghalaya High Court is hearing a PIL on dual post on Friday. A division bench of the court comprising Justice TNK Singh and Justice SR Sen is set to hear the PIL in the morning session.

31 Oct 2007 - 12:24pm | pkchakravarty
MACROECONOMIC objective –growth with price stability, savings and investment—are the guiding principle announced by the Reserve Bank of India after reviewing its monetary policy in its...