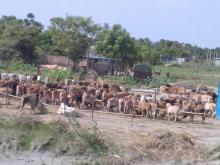 21 Apr 2018 - 4:04pm | Akshaya Pranab Kalita
Namrup: Rebel elements still keep unleashing terror in many parts in the form of extortion apart from recruitment drive even in the festive season. Army and police apprehended an ULFA(I) rebel...