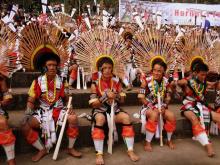 Students to get more facilities at IDOL

8 Feb 2011 - 3:08am | Abdul Gani
With the ever rising demand of the students, Institute of Distance and Open Learning (IDOL), Guwahati, has several new facilities to cater the needs. The institute which was established in the...