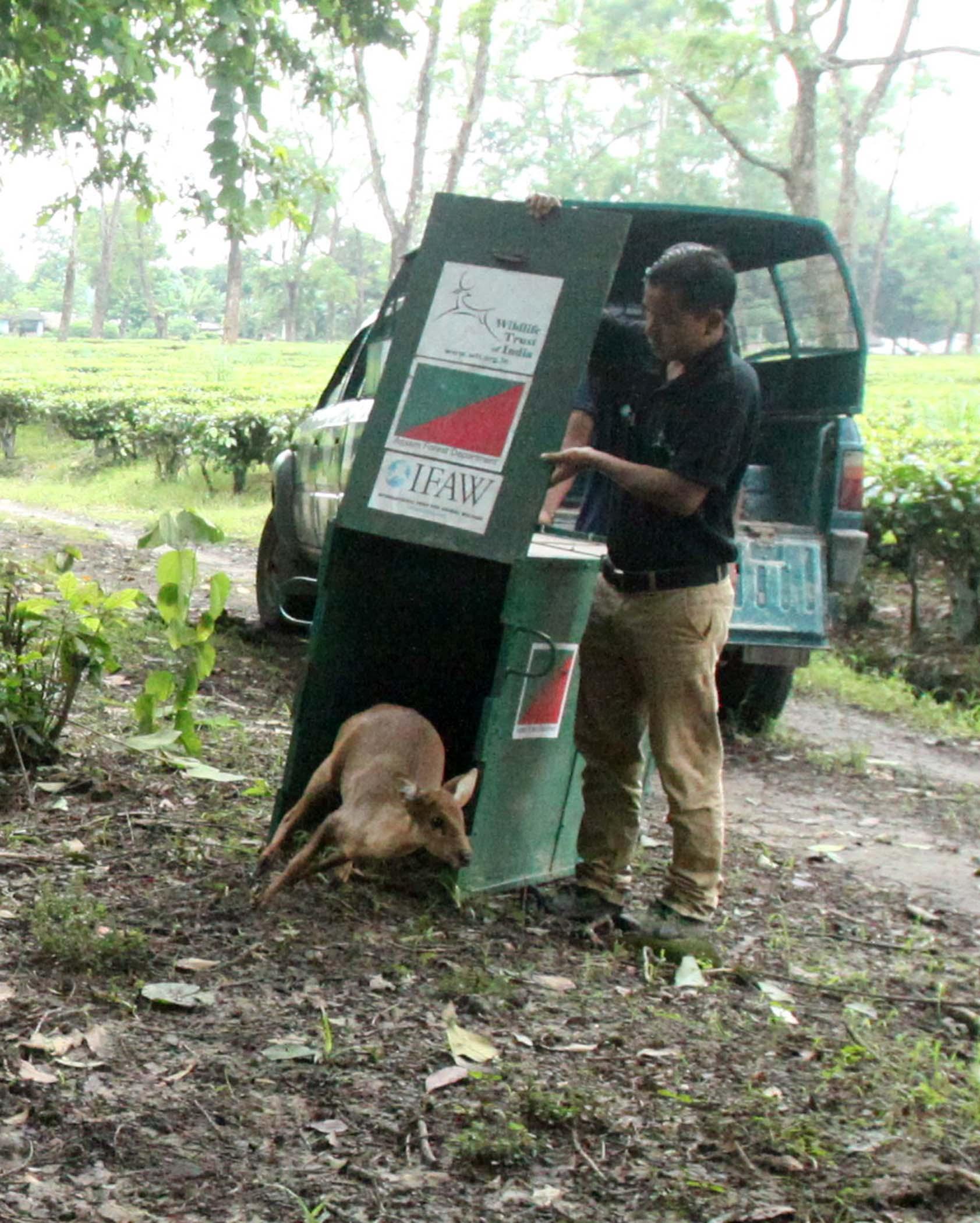 Supported by Assam Forest Department, the MVS units have been on alert ever since the Brahmaputra began flowing above the danger mark. These rescue cases happened between September 1 to 6.

Out of the 11 rescued animals, two hog deer and a wild boar were released in the Kaziranga National Park by the MVS team. Meanwhile, five hog deer died during the floods and most of them succumbed to road hits on NH-37. A female Eastern swamp deer with severe vehicle hit injuries was admitted but died after three days of clinical observation at the CWRC.

During floods, wild animals are forced to cross the highway to reach the Karbi Anglong hills for safety. Each year scores of animals die due to road hit on NH 37 that cuts through Kaziranga National Park. In order to reduce animal mortalities, the Kaziranga Forest Authority had introduced ‘Time Card’ to regulate the speed of vehicles on NH37.

Like previous years, this year too Assam Forest Department personnel, Forest Protection Force, police, NGOs and locals came together to protect wildlife from the raging floods. During this phase, two MVS units of CWRC covered the most vulnerable zones of the Kaziranga National Park with 24X7 patrolling of NH 37, covering four forest ranges.

Though the water level is receding, the MVS team is in constant touch with the Kaziranga authorities to ensure that no stray incident goes unattended. Three veterinarians, animal keepers, a biologist and sociologist from CWRC are attending to all flood related incidents in the park.

The pre-flood awareness campaign of IFAW-WTI in the fringe villages of Kaziranga-Karbi Anglong landscape has made the villagers conscious about the safety of wild animals.

The recent floods have submerged more than 80% of the park area for more than 72 hours. This time around, the rise in water levels was slow allowing animals to move to the foothills of Karbi Anglong or high ground in the Kaziranga National Park, and as the water levels are slowly receding, the animals are now retreating to the national park.

11 Sep 2016 - 8:10am | AT Kokrajhar Bureau
Bhutan police apprehended two persons along with three young girls at a Hotel at Gelephu in Bhutan on Friday, who was handed over to Kokrajhar police, who were suspected, involved with sexual cases,...