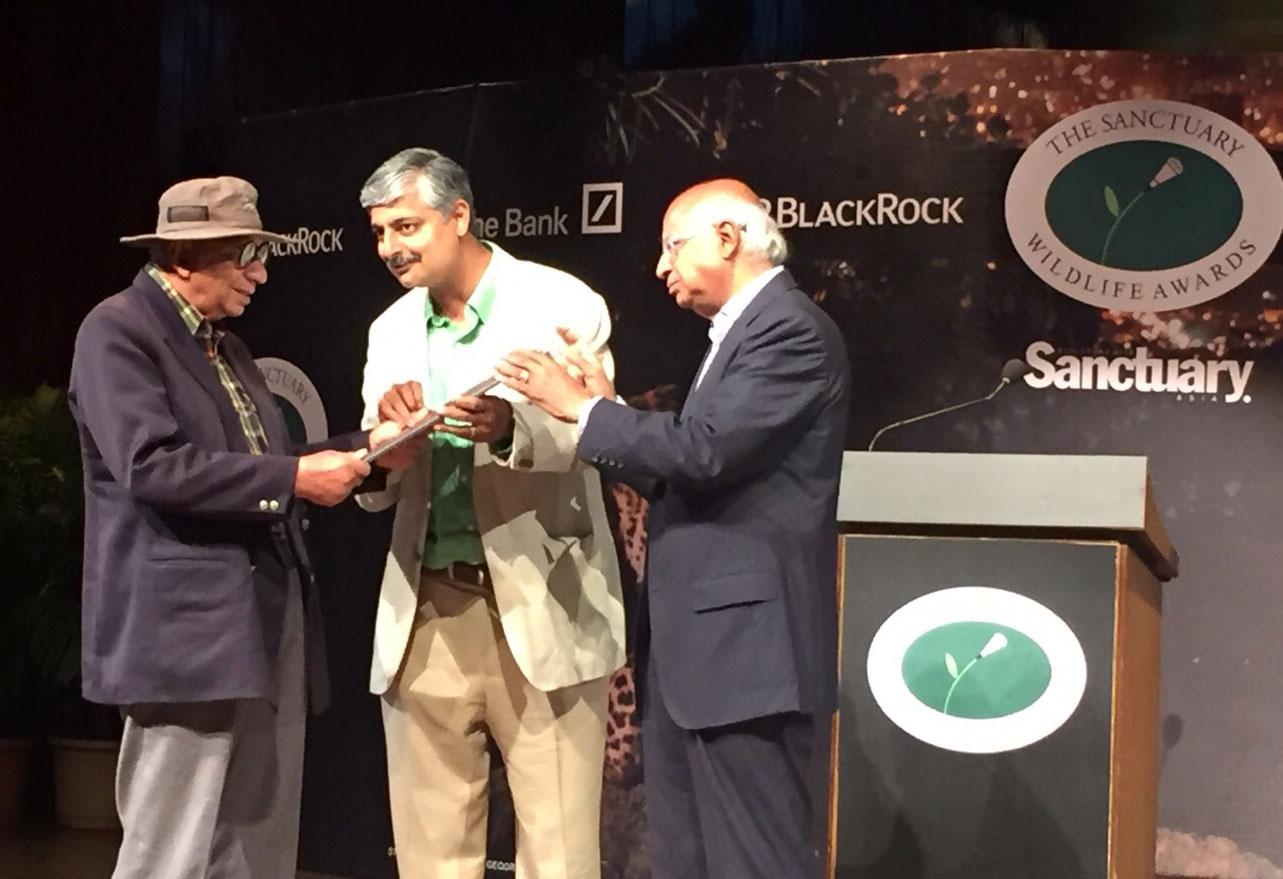 Ashok Kumar, Founder & Chairman Emeritus, Wildlife Trust of India (WTI) was honoured with the Sanctuary Legend Award at the prestigious Earth Heroes event held at NTPA auditorium in Mumbai today. The Legend Award is a new honour started by Sanctuary this year.

With a career in wildlife spanning over five decades Ashok Kumar’s contribution to conservation is immeasurable. A pioneer in many ways, he has a strong hand in ensuring that Sansar Chand, the most dangerous wildlife trader ever to have operated in India, stayed behind bars. He set up TRAFFIC in India and conducted a milestone seizure of tiger derivatives during his tenure there.

At a time when nobody spoke about seeking protection for wildlife through tougher laws, he sought to plug loopholes and pushed for effective implementation of wildlife laws. In 2002, following a case filed by him, protection to the Tibetan antelope was granted by banning shahtoosh shawl production. His strategy to engage the system even when he opposed it for a project or policy reason, showed dramatic results, facilitating better coordination between Forest Departments and enforcement authorities across the country.

Vivek Menon, ED & CEO of WTI, who has been close confidante and co-worker of Ashok Kumar, said, “Ashok is one of those rare and endangered breeds of mankind whose passion for wildlife protection made him unstoppable in his quest to protect fauna. His fight against organized wildlife crime was both pioneering and timely and the conservation world is indebted to him for his untiring crusade against those who exploit wildlife. His undying humour even in most dire of situations are as legendary as the man himself”.

A living legend Ashok Kumar’s passionate devotion to wildlife conservation and his inexhaustible love for the forest and all its creatures makes him a hero and an inspiration for many. He shines like a beacon for India’s young conservationists.