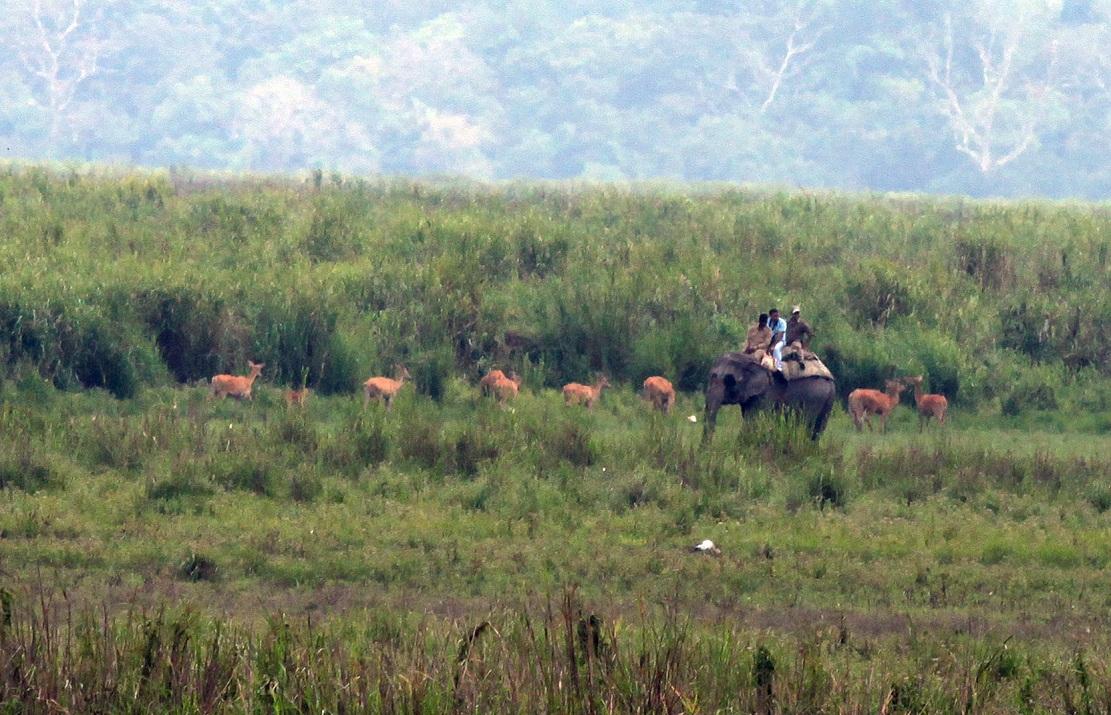 Despite non stopped rhino poaching Kaziranga has reasons to celebrate. There has been steep rise in swamp deer population in the national park.

Forest minister Etwa Munda told reporters in the world heritage site on Monday that the swamp deer population has gone up by 275. He revealed it a day after the census conducted jointly by  forest department, Wildlife Trust of India and ONGC.

29 Jun 2011 - 12:07am | editor
Assam Chief Minister Tarun Gogoi has alleged a nefarious KMSS-Maoist nexus to monger more trouble in the state. Addressing a press conference a week after the Dispur clash, Gogoi said he would go...